BlackBerry may be dabbling in touchscreen-only phones these days, but the company hasn’t forgotten the keyboards that helped it dominate the smartphone space when the market was still young. The company’s next phone is the BlackBerry Passport which has a big, square screen and a tiny keyboard below it. And the next phone after that will be the BlackBerry Classic.

It’s a more traditional looking phone which blends a 3.5 inch screen with a decent-sized QWERTY keyboard for thumb typing. 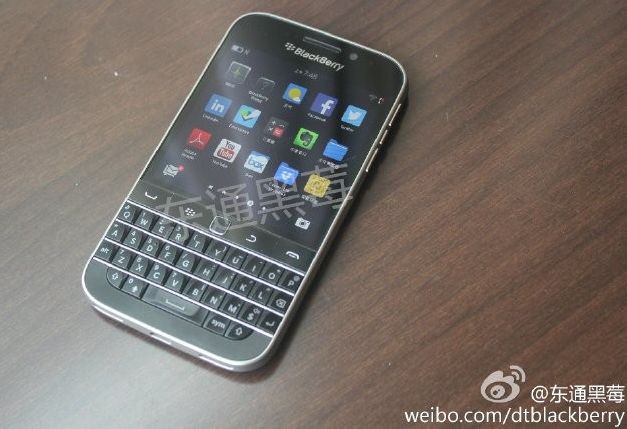 BlackBerry has been teasing the phone occasionally for a few months, but now CrackBerry notes that photos of the phone have shown up at Chinese social networking site Weibo.

The BlackBerry Classic is expected to have a 1.5 GHz Qualcomm Snapdragon S4 processor and 2GB of RAM. It also has looks like a phone for die-hard Blackberry fans (and enterprise users) thanks to the keyboard, navigation buttons, and business-like design, while the company’s recent touch-only devices look like BlackBerry’s attempt to catch up with Apple and Samsung in the consumer space.