BlackBerry CEO John Chen thinks the government should mandate that mobile app developers and service makers offer their goods across a range of platforms.

Today you can install BlackBerry Messenger on an iPhone or Android device. But you can’t install Apple’s iMessage on a BlackBerry phone. Chen would like to see that change… although it seems odd to call for government intervention. 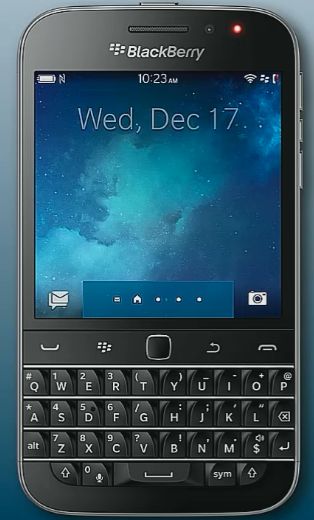 I get where he’s coming from: BlackBerry’s market share is dwindling, and part of the reason is that many of the best apps available for iOS and Android aren’t available for BlackBerry.

That’s why starting with the BlackBerry 10 operating system the company has built support for Android apps into its software and bundled the Amazon Appstore to make it easy for users to find and download some Android apps. But that still opens the door to a fraction of the number of apps that are available on a device that’s actually running Android… and the experience isn’t always as good as it would be if you were running a native BlackBerry app.

So while BlackBerry users can run the Android version of Netflix, in Chen’s open letter, he singled out Netflix as an example of a company that doesn’t offer a native BlackBerry app.

But what would that mean for independent app developers, like a high school kid working on a simple iPhone game? Would that kid have to make sure the app can also run on Android, Windows Phone, BlackBerry, Tizen, Firefox OS, and Sailfish?

Actually… if Mozilla has its way, that might happen. The Firefox OS operating system is based on the idea that developers can create fully-functional apps using HTML5 and other web technologies. One advantage of this approach is that apps for Firefox OS are basically web apps that you should be able to run on any mobile device with a modern web browser. But it doesn’t sound like that’s what Chen is asking for.

Instead, he’s piggybacking on the discussion over Net Neutrality (and whether internet service providers should be able to prioritize certain types of traffic over others) and trying to change the conversation into something that would help BlackBerry remain competitive.

Sure, I’d love to live in a world where the best iPhone apps are available for Android and the best Android apps are also available for BlackBerry — so it wouldn’t much matter what operating system you were using, because the best apps would run on all of them. But it’s hard to imagine government intervention making that happen.

It makes a lot more sense to enforce regulations applying to internet service companies, where there tend to be monopoly or duopoly conditions in most markets or to wireless carriers, (where a handful of companies control most of the US market) than to direct millions of app developers to support BlackBerry.