Xiaomi subsidiary Black Shark launched its first gaming smartphone in early 2019, and followed up with the Black Shark Helo.

Now it’s time for the company’s third smartphone designed for gaming… which is obviously called the Black Shark 2. Go figure.

Anyway, the new phone has a big, bright touchscreen display with an emphasis on low touch latency, a speedy processor, a pretty large battery, and plenty of RAM. It also works with Black Shark’s accessories including a new GamePad 3.0 game controller.

The phone will be available in China starting today for about $475 and up. 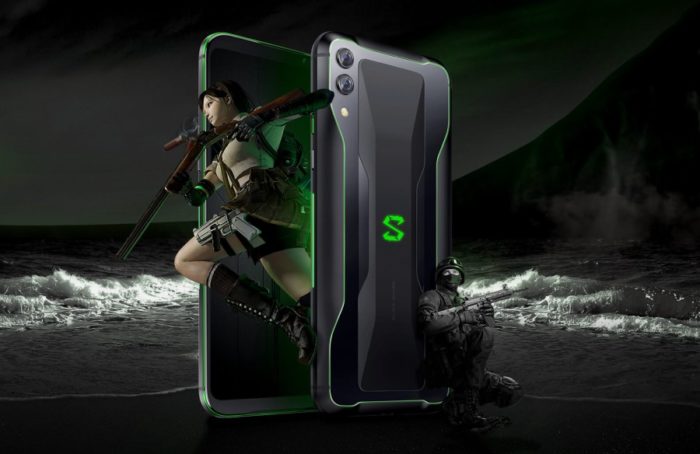 The Black Shark 2 is powered by a Qualcomm Snapdragon 855 processor and comes in four memory/storage configurations:

It features LPDDR4X 2,133 MHz dual-channel memory and UFS 2.1 storage, a liquid cooling system to keep the phone from overheating, and a 4,000 mAh battery and 27W Qualcomm Quick Charge 3.0 support.

You can use the GamePad 3.0 with the phone to add game control buttons to the left and right sides of the phone, making the Black Shark 2 look a bit like a Nintendo Switch handheld game console. Or you could just use it as a somewhat geeky-looking smartphone.

There’s a 20MP camera on the front of the phone, along with an in-display fingerprint sensor. ON the back there are two cameras: a 12MP primary camera and a 12MP, 2x telephoto zoom camera.

via PocketNow and GSM Arena