The Bigme Galy is an Android tablet with an 8 inch display, support for pen and touch input, a 2.3 GHz octa-core processor, 6GB of RAM and 128GB of storage.

It’s also one of the first devices to feature an E Ink Gallery 3 color display, which should bring color depth and pixel density improvements over E Ink’s Kaleido color displays. The Bigme Galy is now up for pre-order for $540 through a Kickstarter crowdfunding campaign, and it’s expected to begin shipping to backers in February, 2023. 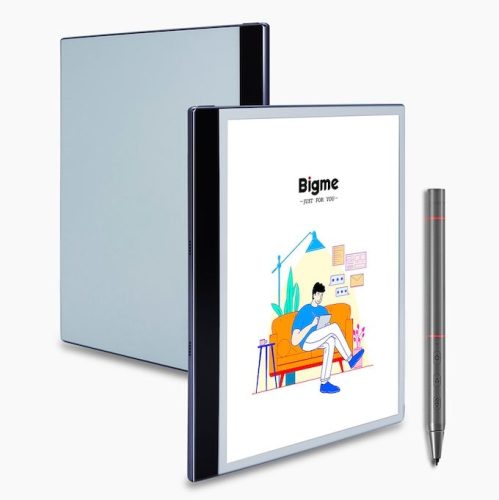 While I’d normally be reluctant to use the words “pre-order” and “crowdfunding” in the same sentence, Bigme is an established company that’s released a number of eReaders and E Ink tablets in the past, including the Bigme Ink Note Color that I reviewed earlier this year.

That model is actually quite similar to the Bigme Galy in a lot of ways, but the new model should have a better display thanks to the move from Kaleido to Gallery 3 technology. It’s also smaller though (the InkNote Color has a 10.3 inch display, while the Bigme Galy has an 8 inch screen)

E Ink has made a name for itself over the past two decades or so by producing paper-like screens with high contrast ratios, low energy consumption, and outdoor visibility. Unlike an LCD or OLED display, they can be viewed using ambient light, although many modern eReaders and E Ink tablets have front-lights that shine light on the display for better visibility in dark or dimly lit environments.

Up until recently most of those E Ink displays were black and white (or, more accurately, grayscale). Recently E Ink has begun producing color displays, but they’ve tended to have some pretty severe limitations – the Bigme InkNote Color’s screen, for example, can display just 4096 colors and only displays 100 pixels per inch when viewing color content, compared with 300 pixels per inch for grayscale.

E Ink’s new Gallery 3 screens should support 300 pixels per inch of color content and tens of thousands of colors. 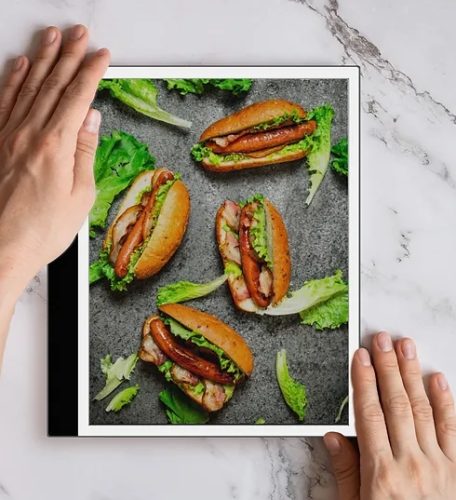 That’s not necessarily enough to make the a full-fledged LCD replacement. They still have a fairly slow screen refresh rate, which could make them a poor fit for watching movies, playing games, or using other applications that involve a lot of animations or other motion. But it could make devices with E Ink Gallery 3 displays a better option for folks looking for a device that will let them read or create color content.

Bigme says it will launch a Kickstarter crowdfunding campaign for the Bigme Galy in mid-November, with prices starting at $489 for super early bird backers.

Here’s an overview of some of the tablet’s key specs:

Bigme says that its voice-to-text system works with 98% accuracy for 31 different languages, but I’d take that claim with a grain of salt. While I found that the Bigme InkNote color did a pretty good job of recognizing my words, it was pretty awful at figuring out how to add punctuation.

According to the company, the Bigme Galy tablet supports four different display modes, which allow you to decide whether to sacrifice a full screen refresh for a speedier refresh (which might leave some artifacts on the display)

This article was first published October 19, 2022 and most recently updated November 16, 2022 after the Kickstarter campaign went live.