Essential may have been the first company to unveil a smartphone that’s nearly all screen on three sides… but which makes up for the lack of a top bezel by leaving a cut-out for the camera. But rumor has it that Apple plans to take a similar approach for at least one of its upcoming iPhones. And now Sharp is following suit.

The new Sharp Aquos S2 is a smartphone with a bottom bezel large enough for a home button with an embedded fingerprint sensor. But the side and top bezels are super-slim, and there’a an Essential Phone-like cut-out for the front-facing camera at the top. 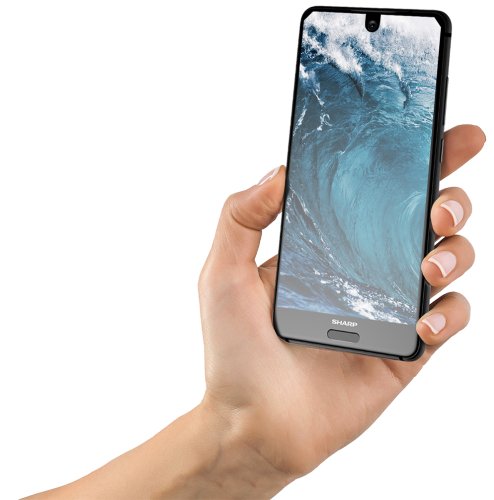 As for Sharp’s new phone, it’s making its debut in China, and it’s unclear if you’ll be able to buy the phone in the US or Europe anytime soon. But Sharp has been making slim-bezeled phones for longer than just about any other phone maker, and the company brought its first Aquos Crystal smartphone to the US in 2014, so there is a possibility the new model could get a global launch.

The Aquos S2 features a 5.5 inch, 2040 x 1080 pixel display, a dual camera system on the back with 12MP and 8MP sensors, an 8MP front-facing camera, a 3,020 mAh battery, and the entry-level model features a Qualcomm Snapdragon 630 processor (making it the first phone to feature that chip) along with 4GB of RAM and 64GB of storage.

A higher-end model with 6GB of RAM, 128GB of storage, and a Snapdragon 660 processor is also coming later this year.

So that’s two phones that are confirmed to feature camera cut-outs: the Essential PH-1 and the Sharp Aquos S2.

Apple hasn’t confirmed that it’s got an all-screen iPhone with a camera cut-out on the way, but pictures of the unannounced phone keep leaking. The latest leak comes from Evan Blass, who posted an image last night showing an iPhone 8 in a protective case. While the case covers the phone’s sides, you can get a pretty good look at the display, where there’s clearly a cut-out for the display, ambient light sensor, and speaker at the top.

It remains to be seen how iOS and iPhone apps will adapt to the unusual shape formed by the cut-out section.

Update: And now we have what are allegedly some of the first real-world photos of the phone. They sure look like the leaked renders, at least: 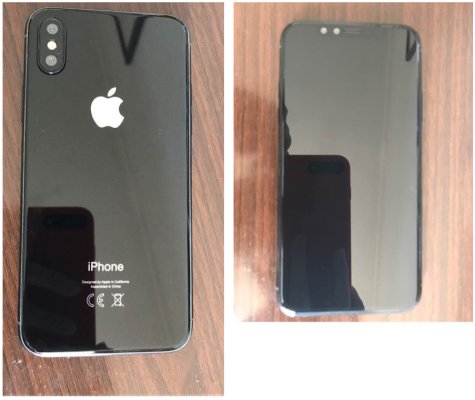 14 replies on “Bezel-free phones with camera cut-outs are now a thing (thanks to Sharp, Essential, Apple… probably)”