Samsung’s next large-screened, stylus-equipped smartphone is set to launch later this month. But thanks to a series of leaks, we’ve had a pretty good idea of what the phone would look like for a while.

Now we have an even better idea: Evan Blass has shared leaked pictures of the phone which depict a big screen, slim bezels, and Edge display, dual cameras, and a Samsung S-Pen. 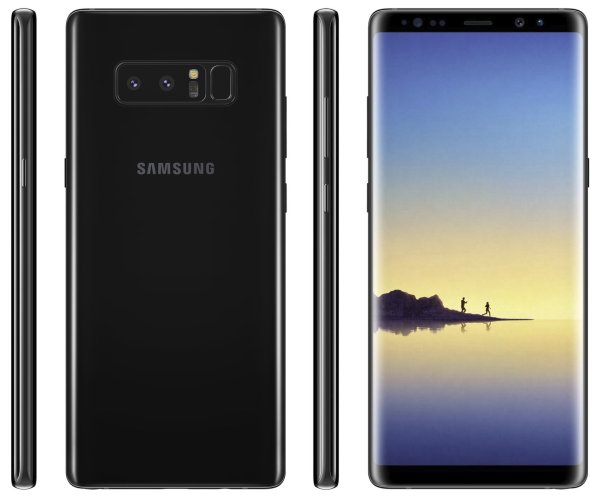 The new phone is expected to feature a 6.3 inch display, a USB Type-C port and 3.5mm audio jack, and either a Qualcomm Snapdragon 835 or Snapdragon 836 processor.

Like the Samsung Galaxy S8, the Note 8 has a fingerprint sensor on the back of the phone, next to the cameras. Earlier Samsung phones had fingerprint sensors/home buttons below the screen, but the tiny top and bottom bezels on the company’s latest phones don’t leave room for buttons on the front.

The Galaxy Note 8 is a follow-up to last year’s Note 7, which initially received positive reviews for its design and performance… but which was eventually recalled following reports of phones spontaneously catching fire.

Samsung recently started selling a Galaxy Note Fandom Edition smartphone which is basically a refurbished Note 7 with a smaller battery to prevent fires. On the one hand, it’s a bit odd to introduce a downgraded version of last year’s phone just ahead of the launch of its successor. On the other hand, it’s still a pretty powerful phone… and it’ll likely be a few hundred bucks cheaper than the Galaxy Note 8.

I guess we’ll know for certain when the Samsung Unpacked event takes place on August 23rd.