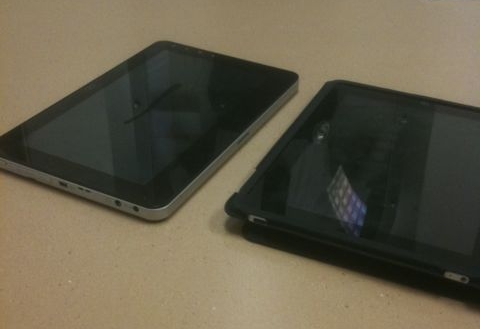 Best Buy’s Rocketfish brand is basically filled with rebranded electronics made by other companies. Now it looks like the company is preparing to launch a Rocketfish tablet, which the folks at CrunchGear note looks awfully similar to the HP Slate.

But while the HP Slate will run either Windows 7 or WebOS… or maybe both, Best Buy CTO Robert Stephens said about a month ago that the company’s tablet would ship with a front-facing camera and Google Android 2.2 Froyo. It’s possible that may have changed in the last month. Or it’s possible that the tablet isn’t made by HP. Anything’s possible.

There’s no word on the specs or launch date, but Stephens posted links to a few early pictures of the tablet on Twitter a few days ago.