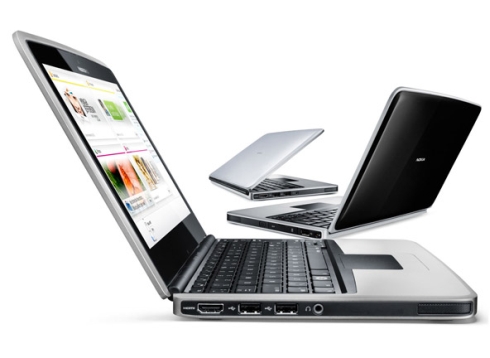 If you’ve been wondering how exactly Nokia plans to move an $800 Intel Atom powered netbook in the US, now we have an answer: through Best Buy. It looks like the big box electronics retailer has signed an exclusive deal with Nokia to sell the Booklet 3G in the United States.

The Nokia Booklet 3G features a 10.1 inch 1280 x 720 pixel display, 1.6GHz Intel Atom Z530 CPU, GMA 500 graphics, HDMI output, and a battery which Nokia claims will run for up to 12 hours. Nokia has slapped a $800 price tag on the unsubsidized laptop, but it also has a built in 3G modem, and chances are pretty good that when you pick one up from Best Buy you’ll be able to sign up for a wireless service plan with a major US carrier which may bring the up-front cost down significantly.

There’s no word on the final pricing or when the laptop will be available at Best Buy. But since it’s expected to ship with Windows 7 preinstalled, it’s a safe bet you won’t see the Booklet 3G in stores until October 22nd at the earliest. That’s the date when Microsoft will officially launch Windows 7.