The smartphone screen resolution arms race has led to a growing number of phones with 2560 x 1440 pixel displays. But there aren’t a lot of phones that go much further than that.

Last year Sony introduced the Xperia Z5 Premium with a 4K display, but it’s not available in the United States. Now it looks like BenQ also has a 4K smartphone on the way… although I wouldn’t expect it to come to North America either. 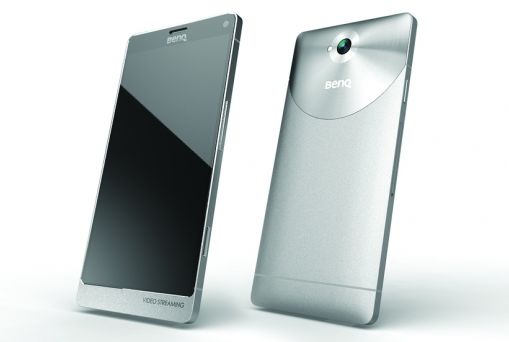 The BenQ F55 made an appearance on the Red Dot design awards website recently, and the website describes the phone as having a 4k2k display, 60 frames per second “motion photography capabilities,” and a body featuring “concentric shapes and delicate metallic design.”

There aren’t many other details about the phone available on the Red Dot site, but the F55 seems to feature a micro USB port and headset jack on the bottom. There are front and rear cameras, and the side bezels for the display appear to be pretty thin.

In the United States, BenQ is probably best known for its computer monitors, not its phones. But over the past few years, the Taiwanese company has also produced a number of smartphones and tablets which are sold in other markets.

There’s no word on when the F55 will launch or what markets it will be available in.

Incidentally, BenQ is a subsidiary of Qisda, which is the company name listed on the Red Dot website, even though the phone itself clearly has the BenQ name on the front and back.