The Intel Core i7-8750H is a 45 watt, 6-core processor that’s proven popular with PC makers in recent months. It shows up in a lot of gaming notebooks and mobile workstations, and it’s the chip that powers the Lenovo ThinkPad P1 laptop I picked up during a pre-Black Friday sale last week (it’s still on sale, by the way).

Intel’s Core i7-8559U processor, meanwhile, is a 28 watt, quad-core chip based on the same “Coffee Lake” architecture. Despite the lower TDP and CPU core count, this processor has higher performance graphics and performs almost as well, if not better, in most benchmarks.

The Core i7-8559U is a much more uncommon chip — the only computers I’m aware of that uses the chip so far are the 2018 Apple MacBook Pro 13 and Intel’s BOXNUC8i7BEH1 “Bean Canyon” NUC mini desktop.

Fortunately I happen to have one of the latter on my desk for review. So I decided to run some tests comparing performance of the two computers. 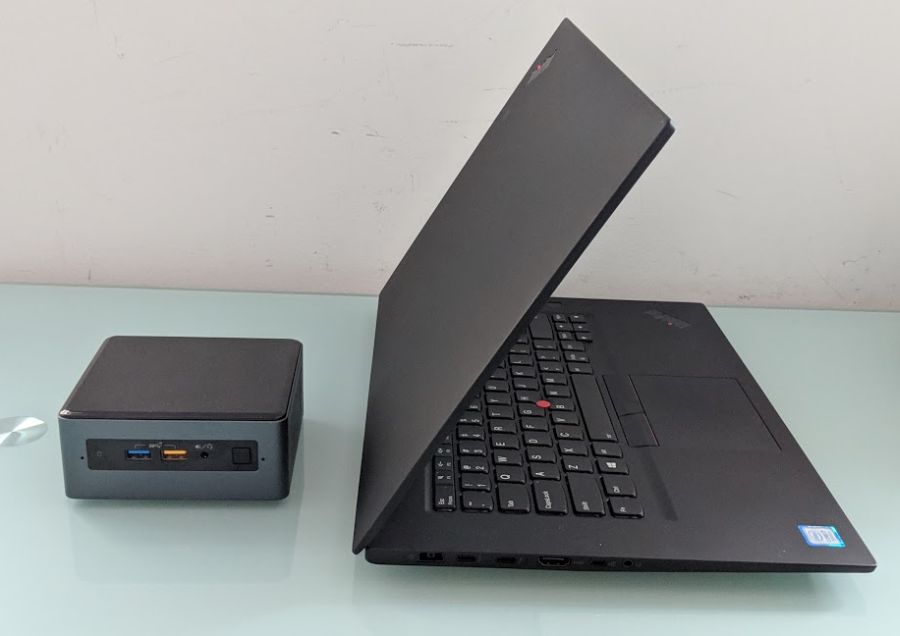 The first thing I should point out here is that there are a few important differences between the two machines I’m testing other than the CPU.

One is a laptop, the other is a tiny desktop. The Lenovo ThinkPad P1 has a PCIe NVMe SSD, while the Bean Canyon NUC is using a 2.5 inch SATA III SSD. And the ThinkPad P1 features NVIDIA Quadro P1000 graphics, while the Intel NUC has Intel Iris Plus Graphics 655.

That means the mini desktop has more powerful integrated graphics than most Intel-powered computers, but the ThinkPad P1 has discrete graphics which helps it come out way ahead in tests that leverage a GPU.

OK, so let’s take a look at those benchmarks:

Unsurprisingly, the Lenovo laptop came out ahead in all the 3DMark graphics tests.

It also achieved the highest PCMark score of any computer I’ve tested to date… but just barely. The NUC came in a very close second place in this test, which measures overall performance through a series of different tests. 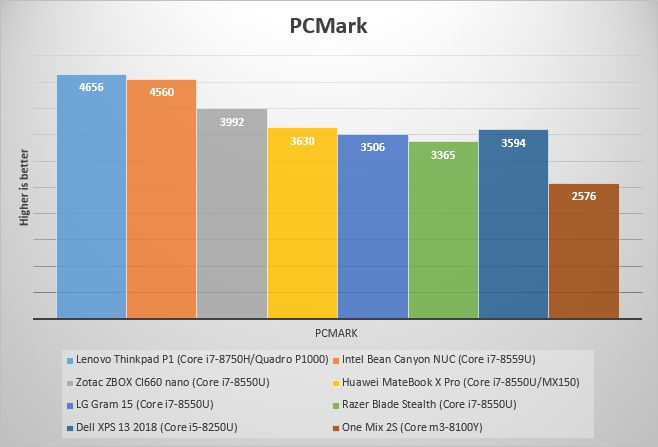 Things get even more interesting when you take a look at the GeekBench and Cinebench scores. 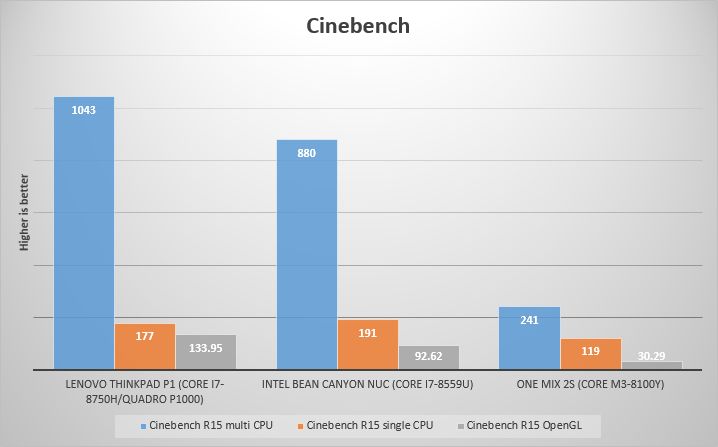 Dig into the specs for these two chips and that makes sense:

So while the Intel Core i7-8750H has more CPU cores and a higher TDP, the Core i5-8559U has higher per-core frequencies.

In fact, when I ran GeekBench, the Intel NUC came out ahead in both single-core and multi-core benchmarks. 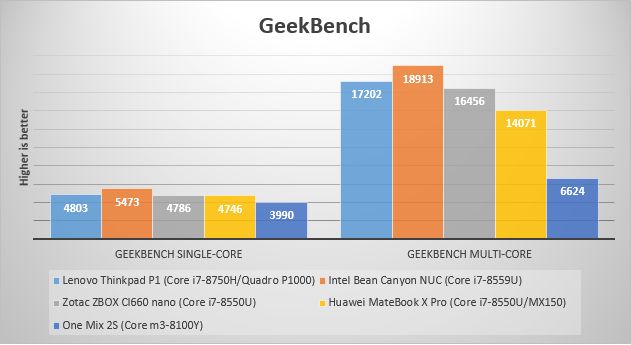 When it comes to real-world performance, I suspect most users won’t notice much difference between the two processors for day-to-day tasks. The difference is most likely to kick in when you’re running photo or video editing applications optimized for multi-core architecture. But even then it doesn’t look like the difference is all that large — and in some situations the lower-power processor may be a better option.

It’s too bad there aren’t more laptops that use the chip yet.