The Raspberry Pi is a tiny computer which you can use as an inexpensive, low-power system for programming, watching videos, playing games, or general-purpose computing. But it might not be tiny enough for some uses — so when hardware hacker Ben Heckendorn decided to build a Gameboy-like handheld gaming console from a RaspBerry Pi, he had to make the little computer even smaller. 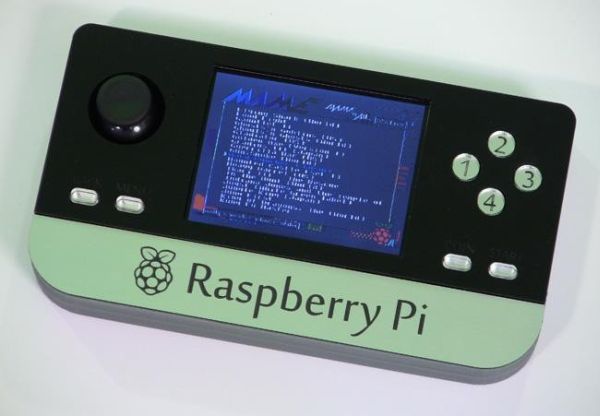 That involved removing the Ethernet jack, moving the USB port, and making other changes to reduce the profile of the Raspberry Pi.

You can watch him do it in the first video of a 2-part series on creating a Pi-powered game system for playing classic arcade games.

The project also involves hooking up a small LCD display, adding a series of game controller buttons, installing a battery and voltage regulator, and building a custom case.

While this isn’t necessarily the sort of project that’s easy to do at home, it’s still kind of fascinating to watch the whole device come together — and it might give you a few ideas of other things you can do with a $35 Raspberry Pi mini-computer.