The Beelink U59 Pro is a compact desktop computer that measures 4.9″ x 4.4′ x 1.7″ and features support for up to three displays thanks to dual HDMI ports and a USB Type-C jack.

If the computer looks familiar, that’s because it’s nearly identical to the Beelink U59 that launched last year. But Beelink equips the new model with a different processor that should be a little more efficient while offering better graphics performance. The Beelink U59 Pro is now available for $209 and up. 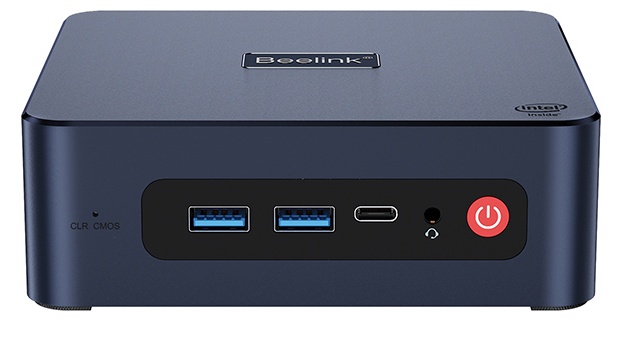 The key difference is the processor:

Both processors are 10nm chips based on Intel’s Jasper Lake architecture that was released in 2021. But the Celeron N5105 processor is designed for mobile devices, while the Celeron N5095 was made for desktops.

The Celeron N5105 has a couple of additional features baked in including support for Intel’s Smart Sound, Wake on Voice, and High Definition Audio technologies. But I suspect it’s the improved graphics that will make the biggest difference for most users.

As for the Beelink U59 mini PCs, they’re nearly identical. Aside from the processor, the only difference I can spot is that the Beelink U59 Pro has two Gigabit Ethernet jacks, while the original has just one.

Both of the little computers feature support for up to 16GB of DDR4-2933 memory, M.2 2280 slots for SATA SSDs and 2.5 inch drive bays for an optional HDD or SSD, a plastic chassis, and a fan for active cooling.

Wireless capabilities top out at WiFi 5 and Bluetooth 4.0.