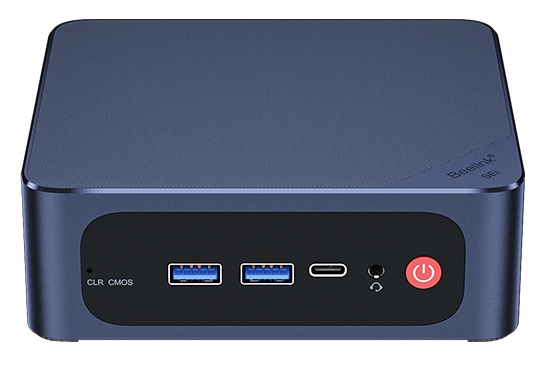 On the outside, the SEi12 looks a lot like several other Beelink models we’ve seen in recent years, although there is at least one change: a “waterproof fleece” fabric cover on the top. But the biggest changes are under the hood. The Beelink SEi12 is powered by an Intel Alder Lake-U chip with 10 CPU cores, 12 threads, and Intel Iris Xe graphics.

The Intel Core i5-1235U processor is a 15 – 55 watt chip designed for laptops. But it should work well in a mini-desktop, featuring enough horsepower to handle up to two 4K displays and a decent amount of multitasking.

The processor has 2 Performance cores with support for speeds up to 4.4 GHz and 8 Efficient cores that top out at 3.3 GHz. There’s also a 1.2 GHz Iris Xe GPU with 80 execution units.

Beelink’s new mini PC is also the company’s first to feature dual fans, one for the CPU and another for the overall system, which should give the processor the headroom it needs to offer decent performance. 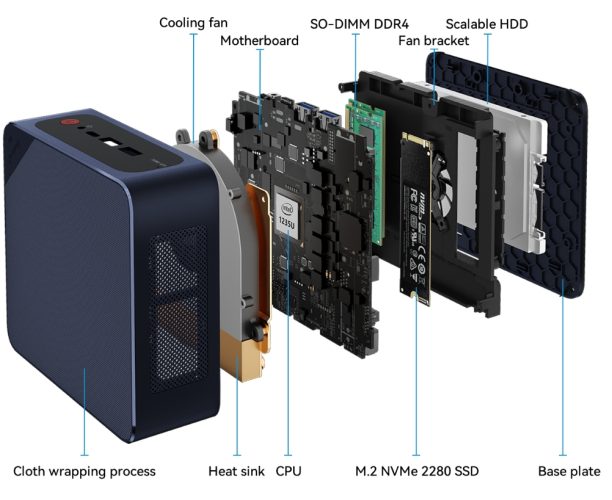 The Beelink SEi12 has an M.2 2280 slot for PCIe 4.0 storage and ships standard with a 500GB Kingston SSD. There are also two SODIMM slots for memory, and customers can choose between a 16GB configuration (with two 8GB SODIMM sticks of RAM) or a 32GB version (with two 16GB sticks).

If you want to perform your own upgrades, Beelink says the computer supports up to 64GB of DDR4 dual-channel memory and up to 2TB of storage.

The computer also features WiFi 6 and Bluetooth 5.2 wireless capabilities and comes with a 19V/6.32A power supply.