You may not recognize the Beelink brand, but they’re no strangers to the mini PC market. But with their three newest models, the company is joining the ever-growing list of OEMs leaning on Intel’s Atom chip to build these low-cost boxes. 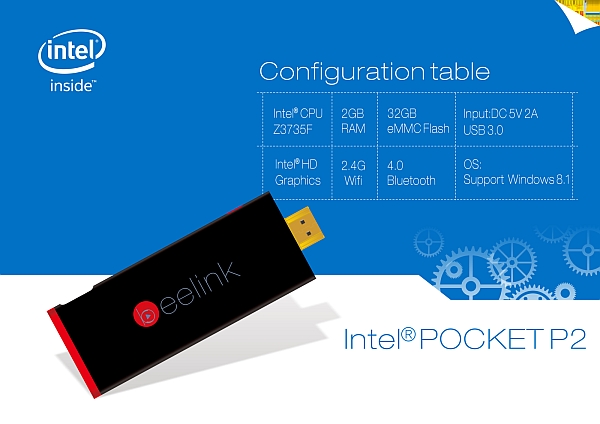 In the past, Beelink has relied on ARM-based chips from the likes of Amlogic and Rockchip to power their PCs. The switch to Intel makes their new models a bit more attractive, since you’re able to load any x86-compatible OS on them — including Windows 8 and Windows 10.

One of the new Beelink PCs, the Pocket P2, appears to be based on Intel’s Compute Stick design. One advantage it has over some of the HDMI stick PCs we’ve seen before is that it will feature a USB 3.0 port for expansion instead of a slower, aging USB 2.0 port. The Pocket P2 runs on an Atom Z3735F and packs 32GB of integrated storage, 2GB of RAM, 2.4GHz Wi-Fi, and Bluetooth 4.0 support. 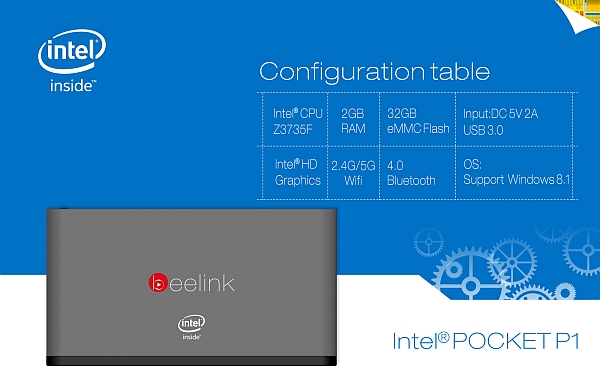 Then there’s the Pocket P1. It’s the same hardware base a the Pocket P2 Stick: Atom Z3735F, 2GB RAM, 32GB storage, Bluetooth 4.0 and USB 3.0. They have, however, upgraded it to dual-channel Wi-Fi, and there’s a good chance that you’ll have access to a few additional ports along the back. 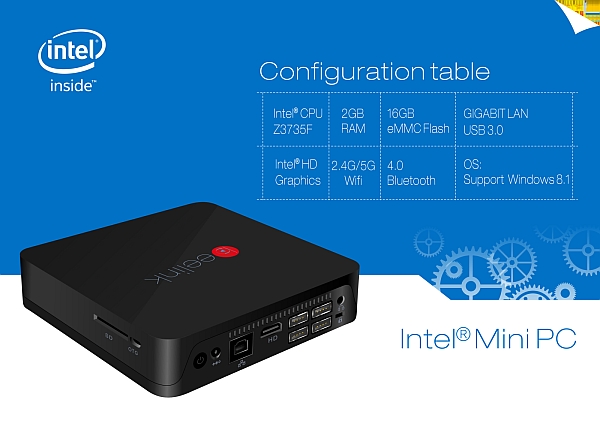 Last up is Beelink’s Mini PC. It’s the biggest of the bunch, though it’s still powered by the same Atom Z3735F processor. Most of the other specs mimic the Pocket P1, though there’s one curious change: they’ve cut internal storage in half, to just 16GB. The Mini PC does offer easy expansion via a 2.5-inch SATA bay, but a bit more built-in space would be nice. Beelink also lets you expand further using a USB OTG port and an SD card slot, and the Mini PC also offers an Ethernet port — a welcome addition if you prefer your media player to have a physical link to your network. 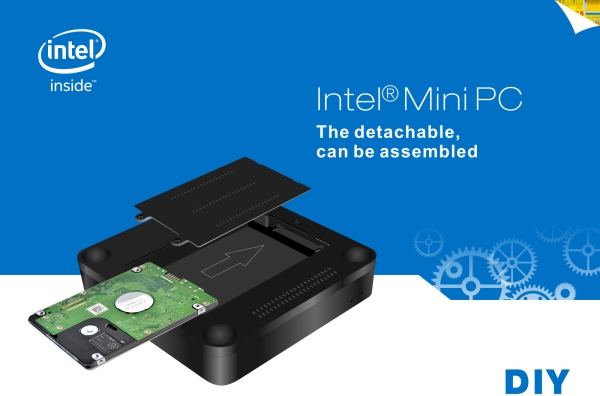 Retail prices haven’t been shared yet for Beelink’s first batch of Intel-based mini PCs. You’ll have to wait until just after the Chinese New Year, when they’re expected to pop up on Geekbuying.

11 replies on “Beelink preps three Intel mini PCs, including one based on the Compute Stick”