The Beelink Mini S is a compact computer with an 15-watt Intel Celeron N5095 quad-core processor based on Intel’s Jasper Lake architecture, 8GB of RAM, and support for up to two displays and up to two internal storage devices.

It’s now available from Beelink for $229 and up. And if it looks familiar, there’s a good reason for that: the Beelink Mini S appears to be a slightly smaller, slightly cheaper alternative to the Beelink U59 that launched last year. 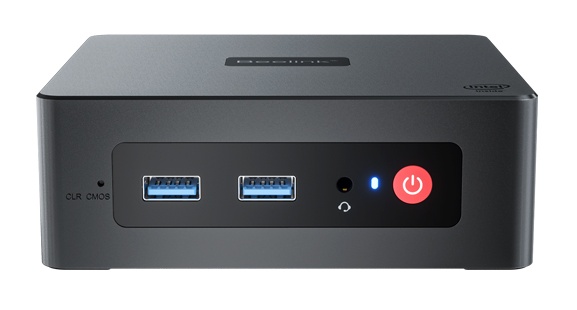 The two computers have the same processor, and similar basic specs. Both have Celeron N5095 processors, 8GB of DDR4-2400 memory, support for WiFi 5 and Bluetooth 4.0, and a set of ports that includes:

But the Beelink U59 also has a USB Type-C port that can be used for video or data, which means that model can support up to three displays.

Omitting the USB-C port on the Mini S appears to have allowed Beelink to shrink the chassis a bit, although you wouldn’t know that from the measurements listed on the Beelink website, which would seem to indicate that the new model is larger, even though pictures show that it should be the same size or smaller, since it has fewer ports.

Anyway, it’s a bit cheaper than the U59, with a lower starting price… although that may be due to the fact that the entry-level model also has less storage. Here’s the price list for Beelink’s two N5095-powered mini PCs: