The Beelink GK Mini also has two HDMI ports and an Ethernet jack. And while the system ships with Windows 10, it should support other operating systems – Beelink is an official partner of the Manjaro Linux team, and developer say they’re already working to ensure that Manjaro runs smoothly on the GK Mini.

The Beelink GK Mini is available from Amazon for a little over $200. 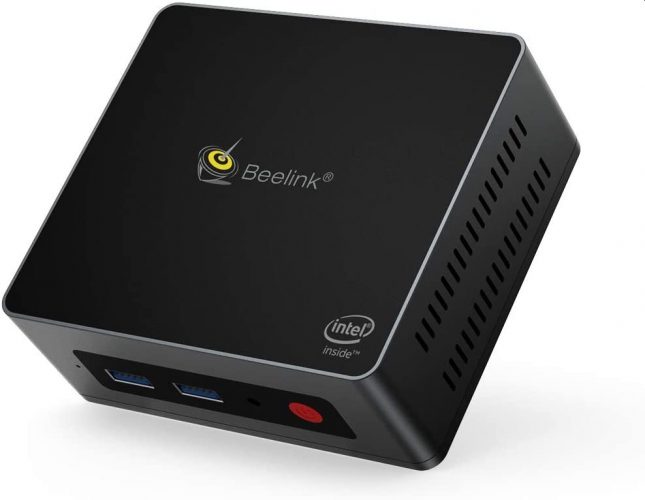 While the computer’s processor is a few years old, the Gemini Lake Refresh processors that offers decent bang for the buck… especially in a computer that doesn’t cost too many bucks. And computers with newer “Jasper Lake” processors haven’t even begun shipping yet (although they may be coming soon).

It has four USB 3.0 Type-A ports (two on the front, and two on the back, and an audio jack. The system supports WiFi 5.

According to a review from NotebookCheck, the Beelink GK Mini can handle 4K video playback (as long as you’re not multitasking while streaming), and offers decent cooling, although the fan runs pretty much constantly.