The Beelink Expand F is a docking station with USB, HDMI, Ethernet, and audio jacks. Plug a PC, tablet, or phone into the dock with a single USB-C cable and you get access to all of them – plus storage. 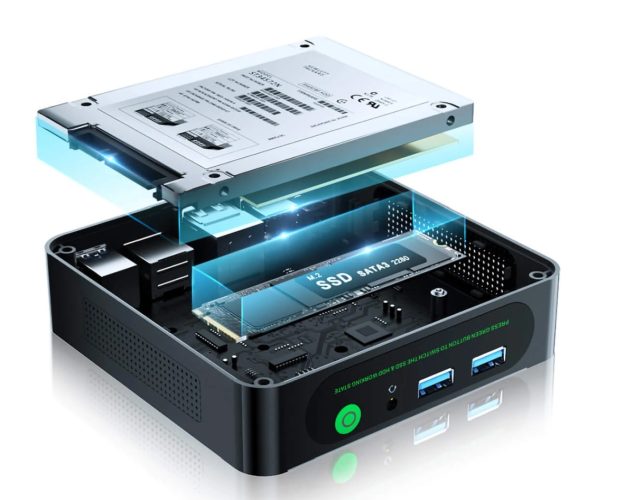 The starting price is for a model that ships without any storage, for folks that either don’t need any or who want to add their own. But there are currently three pricing/configuration options:

If the Expand F looks more like a tiny desktop computer than a typical hub, there are two good reasons for that. First, it needs to be a bit larger than a typical hub in order to make room for laptop-sized storage devices. Second, it comes from a company that’s known for making mini PCs, although this isn’t Beelink’s first USB-C dock. 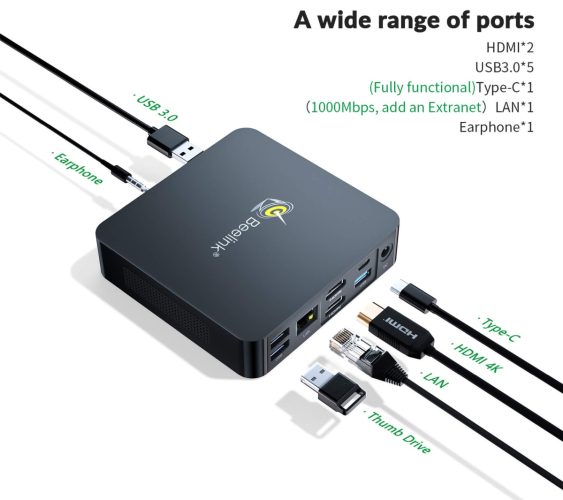 The company also introduced the Expand X smartphone dock earlier in 2021, followed by the Expand M mobile dock with room for an SSD later in the year.

There’s also a button on the front of the case that you can press to wake the SSD and hard drive storage or put it to sleep. When the light is glowing green, that means the storage is active. When it’s off, the storage devices are sleeping.

Beelink says the dock supports read/write speeds of 440MB/s from a SATA SSD or 140MB /s read and 70MB/s write from a hard drive.

The dock comes with a 19V/4.7A power adapter and can output up to 90 watts of power, which should be enough to charge most low-power laptops, tablets, or other devices when connected.