BlackBerry is launching a major update to BlackBerry Messenger communication app. Android and iOS users will see some of the biggest changes, since they can now access features that had previously only been available to BlackBerry users. But there are a few new goodies in BBM 2.0 for BlackBerry users as well. 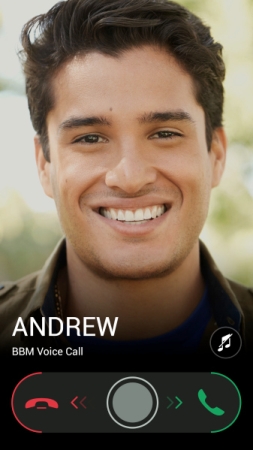 Android and iOS users can now use BBM Voice to make free calls to BBM contacts. Free calls can be placed over WiFi or mobile data connections.

BBM 2.0 also includes location sharing capabilities powered by Glympse, the ability to share pictures, files, or voice notes, integration with Dropbox, and new emoticons. BlackBerry has also increased the size limit on BBM Groups, letting you create groups with up to 50 contacts.

While BBM was one of the first mobile chat apps to really gain traction, the service only went cross-platform in 2013. That means there was plenty of time for Google Hangouts, Apple Facetime, and cross-platform apps such as WhatsApp and Kik to gain traction.

As BlackBerry continues adding new features to BBM though, it’s looking like a better and better alternative to those services. At a time when BlackBerry’s share of the smartphone operating system space is shrinking, apps like BBM that run on other platforms might be the company’s future.