The BBC has announced a plan to distribute a million tiny computers to students starting secondary school this fall. The 11-year-olds will get one of the BBC’s new Micro Bit devices which are designed to help kids learn to code and use technology. 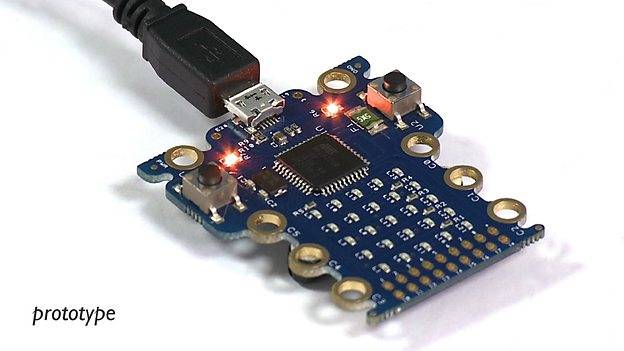 The Micro Bit hardware is still under development, but it’s expected to be a small, low-power, wearable device with LED lights, Bluetooth, and an ARM-based processor.

Another UK entity had a similar idea a few years ago: the Raspberry Pi $35 computer may have proven popular with educators, hobbyists, and home theater enthusiasts around the globe, but it started off as a project designed to bring computers into the classroom. The Raspberry Pi Foundation is working with the BBC on its Micro Bit project.

Officials says the Micro Bit is a simpler device than a Raspberry Pi, but it’ll be something students can learn to program using Touch Develop, Python, and C++ languages.

BBC says its Micro Bit mini PC will be able to connect to a range of other devices… including a Raspberry Pi, Arduino, Galileo, or even other Micro Bits.

This isn’t the BBC’s first entry into the educational computer space. The institution also worked with Acorn Computer to produce the BBC Micro line of computers which were distributed to British schools in the 1980s.

The Micro Bit project is part of a larger BBC Make it Digital initiative aimed at encouraging a new generation of kids to learn programming and technology skills. The production of the Micro Bit computers will be a one-time deal though. The BBC plans to produce and distribute a million of the little computers this fall and then it will stop making them. But if the project proves successful I wouldn’t be surprised to see similar initiatives in the future.