Barnes & Noble may be first and foremost a book store. But the company does sell other goods in stores and on its website. And when B&N launched its first tablet in 2010, the company launched a NOOK app store to go along with its NOOK eBook store.

But B&N started including the Google Play Store on its tablets a few years ago… and then stopped making its own tablets altogether, focusing instead on selling co-branded Samsung tablets.

Now B&N seems to be getting out of the app store business. 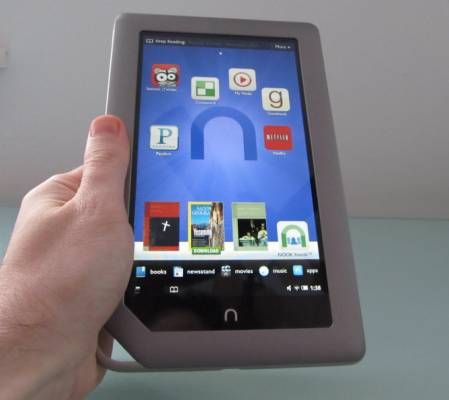 As noted by The Digital Reader, B&N is sending emails to customers letting them know that come March 15th, 2016, the NOOK Store will no longer offer sales of third-party apps.

The good news is that if you’ve already purchased apps, you’ll not only be able to continue to use them on your tablet, but you’ll also be able to continue to download and install them from the cloud. So if you reboot your device or buy a new device and link it to your account, you’ll still have access to any apps you’ve purchased.

I’d be surprised if those apps will be updated though… so if you want the most recent version of an app, you’ll probably want to get it from the Play Store… which could mean paying twice for the same app.

Fun fact: The NOOK Apps website is showing a promotion for a “NOOK Apps Blowout sale” with discounted prices. The offer ends March 14th… you know, a day before NOOK Apps closes up shop.

Have an old NOOK Color, NOOK Tablet, NOOK HD or NOOK HD+ and don’t want to deal with Barnes & Noble software anymore? You could always try installing a custom ROM. I’ve been getting a lot more use out of my NOOK HD+ since installing CyanogenMod on it.