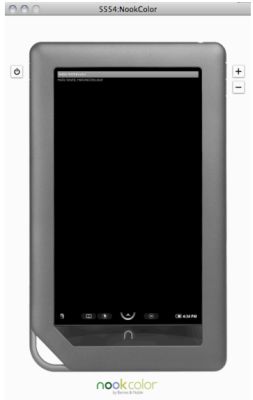 Sure, if you really want to run third party Android apps on your Barnes & Noble NOOKcolor eBook reader (and tablet), you can just go ahead and root the device. But if you’re the less adventurous sort, it looks like new apps could be on the horizon anyway. Barnes & Noble has launched a software developer kit for the NOOKcolor.

The SDK includes the usual Android developer tools including the Android Virtual Device Emulator, and Android Debug Bridge, along with sample code and documentation specifically designed for the NOOKcolor. The tablet runs Google Android 2.1, and should be capable of handling most apps developed for that platform.

The documentation also spells out some of the NOOKcolor’s specs, including an 800MHz TI OMAP CPU and support for OpenGL 2.0 graphics.