It looks like Barnes & Noble plans to get back into the tablet space. The company stopped selling its own NOOK-branded tablets a few years ago, instead partnering with Samsung to release NOOK editions of some of the company’s tablets.

But now a new device called the NOOK Tablet 7″ BNTV450 has passed through the FCC, suggesting that B&N plans to sell a tablet under its own brand name once again. 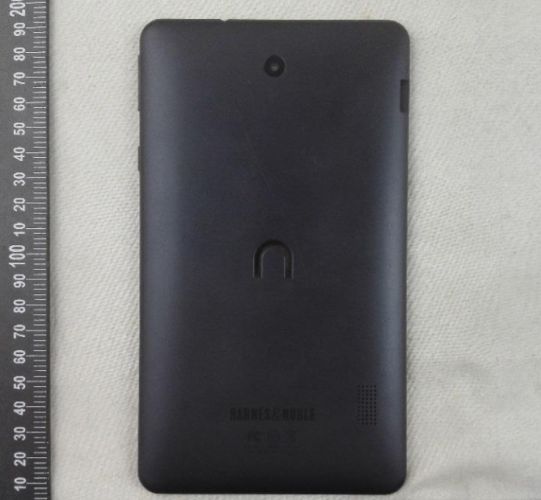 The new tablet seems to be a cheap Android model with support for the Google Play Store and other apps, but which also features B&N’s NOOK software for purchasing and reading eBooks, periodicals, audiobooks, and other content.

While we’ll probably have to wait for an official announcement before we know the price, screen resolution, or some other key specs, here’s what we know about the NOOK Tablet 7″ from the FCC documents:

The tablet may have the NOOK logo on it, but it’s manufactured by a Chinese company called Shenzhen Jingwah Information Technology Co., Ltd.

Tablet Monkeys speculates that the new NOOK tablet may be B&N’s answer to Amazon’s $50 Fire tablet, and I tend to agree that this is a strong possibility given the spec sheet. Samsung doesn’t currently sell a tablet in that price range, which could be the reason B&N decided to work with another device maker to revive the NOOK tablet brand.