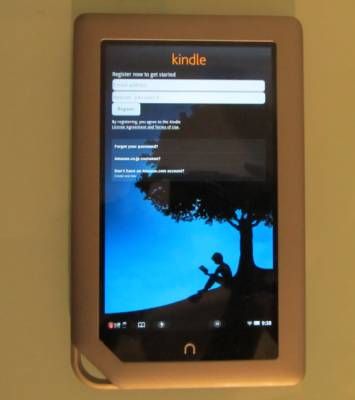 It was a bug, and Barnes & Noble fixed it. That’s how representatives from the company described the fact that when the NOOK Tablet shipped in November, users discovered they could download some Android apps from the internet (instead of from the B&N Shop) and install them on the tablet — until Barnes & Noble rolled out a software update that killed support for apps from unknown sources.

Last night I got a chance to catch up with Barnes & Noble, and while the company knows that some people purchase the NOOK Color and NOOK Tablet with the intent of rooting the devices or making other changes, B&N isn’t encouraging that activity.

Instead, the company is trying to provide a self-contained ecosystem for people to purchased, download, and use apps, books, magazines, or other content using the official B&N Shop

The reason the NOOK Tablet has a locked bootloader and the NOOK Color does not, it turns out, is because of hardware security features built into the TI OMAP4 dual core processor in the new NOOK Tablet. In order to provide HD quality video from Netflix, B&N locked the bootloader for security purposes.

The NOOK Color doesn’t offer the same kind of chip-level security, so even though the latest software for the company’s original tablet supports Netflix, users can only stream standard definition programming using the Netflix app.

In other words… it doesn’t look like we should expect any software updates in the future that make it easier to hack the NOOK Tablet or install custom software.

Fortunately, there are independent developers who aren’t afraid of voiding their warranties hard at work figuring out ways to make do interesting things with the tablet, with or without B&N’s support.