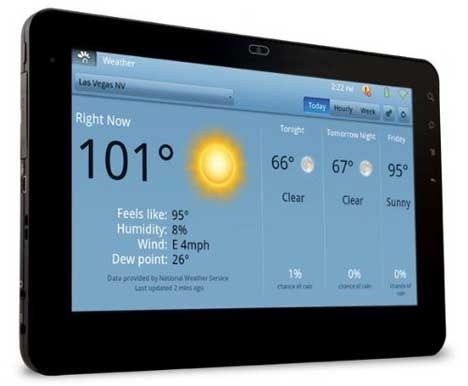 Amazon is running a Gold Box deal today on the ViewSonic gTablet. You can pick it up today only for $279.99 + free shipping

This is a 10 inch Android tablet with a 1 GHz dual core NVIDIA Tegra 2.2 processor and 1024 x 600 pixel display. It has 16GB of storage, USB and HDMI ports, and a microSD card slot for expansion.

Normally priced at closer to $300 gTablet is already one of the cheapest WiFi tablets available with a Tegra 2 processor. At $280, nothing else even comes close.

The tablet runs Google Android 2.2 with custom software from ViewSonic which gets mixed reviews at best. But there are a number of ways to improved the software experience by rooting the tablet and installing a custom ROM.

If you’re looking for something a little smaller, Newegg is running a promotion on the Archos 70 Internet tablet with a 7 inch display. You can pick one up for $250 with the coupon code EMCKFJF68