While this board has the same Amlogic S905X3 processor as the Banana Pi BPI-M5 unveiled in December, the new version has a more compact design for folks willing to sacrifice a few USB ports for a single board computer that can fit into even tighter spaces. 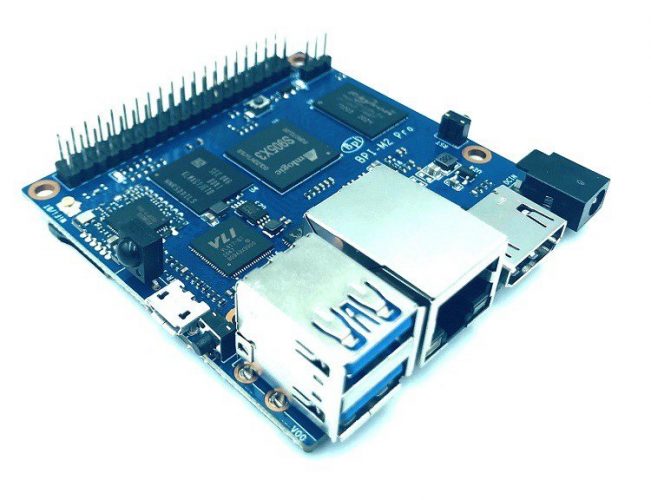 Other features include 2GB of LPDDR4 and 16GB of eMMC storage, a microSD card reader for removable storage, an IR port that can be used for a remote control (sold separately), and the little computer supports WiFi 5 (802.11ac) and Bluetooth 5 wireless connectivity.

It also has a micro USB 2.0 port that can only be used for data and not power. You’ll need to use 5V/3A barrel AC adapter to supply power to the system.

There’s no word on the price or release date yet, but the Banana Pi BPI-M5 with the same processor (and a Raspberry Pi Model B-sized body with more ports) currently sells for about $63.