There’s no shortage of single-board, low-power computers on the market these days. But several years after launch, the Raspberry Pi is still probably the most popular. It’s just hardly the most powerful.

So what’s a Raspberry Pi lover who wants a bit better performance to do? How about buying a board with more memory, a faster processor but a virtually identical layout to the original Raspberry Pi and compatibility with pretty much every Raspberry Pi add-on boards and peripherals? 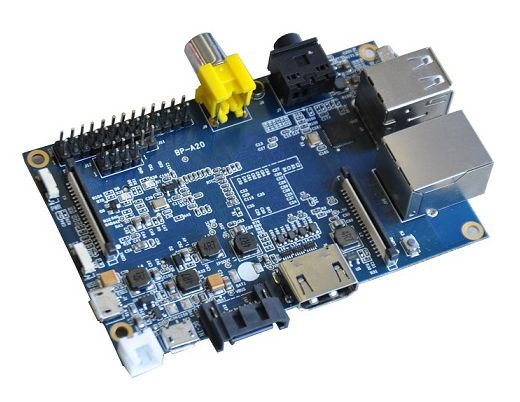 The Raspberry Pi has up to 512MB of RAM, and the Banana Pi has 1GB.

In other words, it should be pretty easy to use most Raspberry Pi-compatible hardware with a Banana Pi — but the Banana Pi offers more processing power and more memory, which could come in handy whether you’re looking to build a home theater PC, a general purpose computer, or a hardware prototyping system.

The official Banana Pi website has some typos and non-working links, which doesn’t inspire a lot of confidence in the project. But if you’re interested in picking one up, it’s available from several sellers at AliExpress for around $57 and up.

Update: Looking for something a little different? Solid Run plans to launch a similar device, but with a Freescale i.MX6 processor. It’s called the Hummingbird.