Samsung may be the top seller of Android-based smartphones, but the company also ships phones running Bada OS — an operating system Samsung developed in-house. But not for much longer.

Later this year Samsung plans to begin offering phones running software based on Tizen Linux, and Yonhap reports that when that happens Samsung will pull the plug on Bada as we know it. 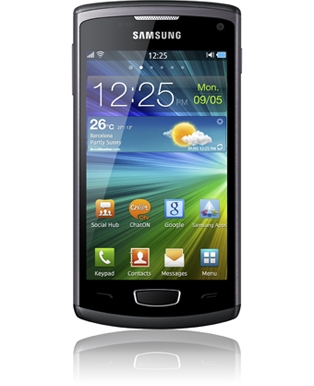 Tizen phones will be able to run apps designed for Bada OS, so the work developers have put into writing third party apps for the platform won’t go to waste.

But Samsung will stop selling handsets with Bada after Tizen is released. Unfortunately it doesn’t look like there will be an officially supported way to upgrade any Bada devices to Tizen.

The good news is that Tizen is an open source operating system based on Linux, and I suspect that if there’s enough interest, someone will probably figure out a way to port it to existing devices.

Samsung has been investing heavily in the development of Tizen as a way to have an operating system it can control and customize more than Android. It’s also a way to reduce the company’s reliance on Google moving forward.

It remains to be seen whether Tizen-based phones will be anywhere near as popular as Android or iOS devices. But Samsung would clearly rather have customers thing of devices as Samsung phones than Android or Tizen devices. Right now whether you buy a Bada handset or an Android smartphone from Samsung you get pretty much the same user interface that Samsung has slapped on the operating system to make it feel primarily like a Samsung device.