Handheld gaming PC maker AYA’s roadmap for 2022 and 2023 is pretty crowded. But one of the most interesting devices the company is working on is the AYA Neo Slide, which will be AYA’s first computer to feature a keyboard.

First revealed in May, the AYA Neo Slide features an AMD Ryzen 7 6800U processor, RDNA 2 graphics, and a 6 inch, 1920 x 1080 pixel touchscreen display that slides upward to reveal a backlit keyboard with physical keys. The company showed off the latest working prototype as well as some new rendered images over the weekend. 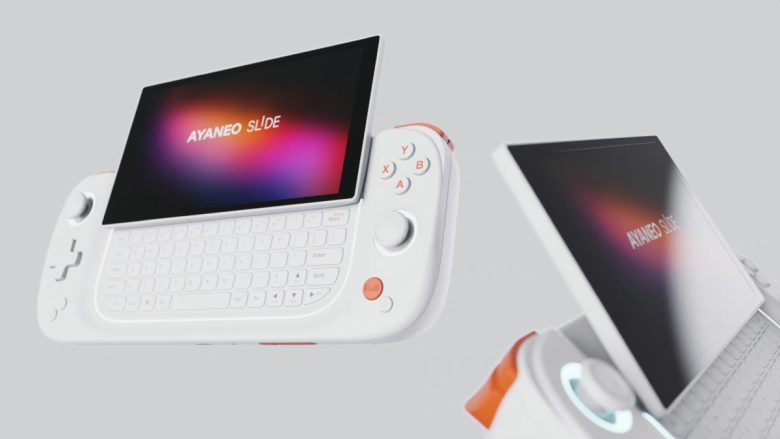 While there aren’t many new details about specs or pricing, the new pictures give us a better look at the sliding mechanism, the keyboard, joysticks, and what the handheld PC looks like with a white case featuring orange highlights (previously we’ve only seen mockups and rendered images of an AYA Neo Slide with a black case).

The Slide has a USB-C port, headphone jack, and microSD card reader along the bottom, and another USB-C port on the top, along with a power button (which may also house a fingerprint sensor) and what looks like a volume rocker. 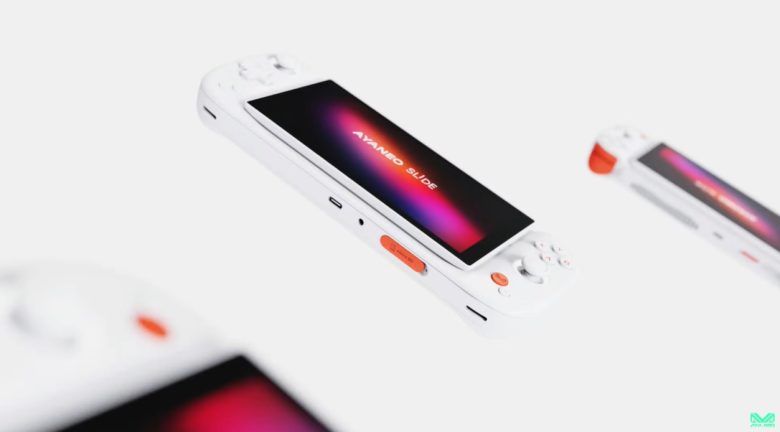 Other features include LED lights around the analog sticks and the keyboard area, and a sliding mechanism that allows the screen to snap firmly into place when you slide it upward to reveal the keyboard or down to cover it. 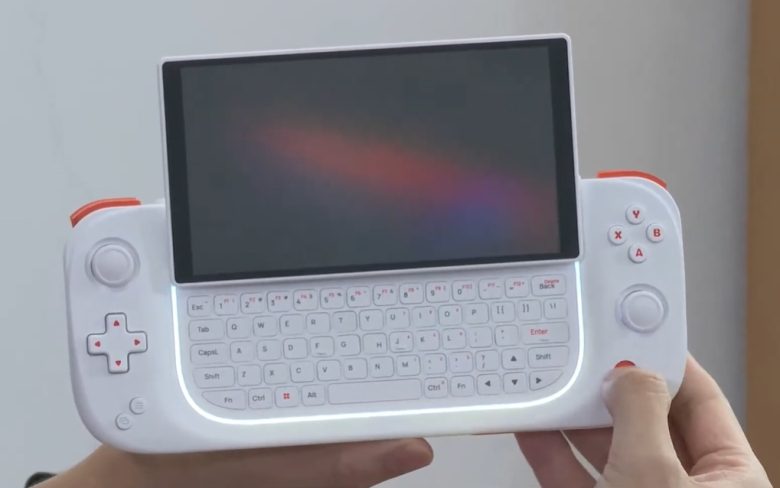 You can also tilt the screen forward so that it’s at up to a roughly 45 degree angle, allowing you to, for example, see the screen if you’ve placed the computer on a table or if you’re holding the computer so that the keyboard is parallel to the ground. 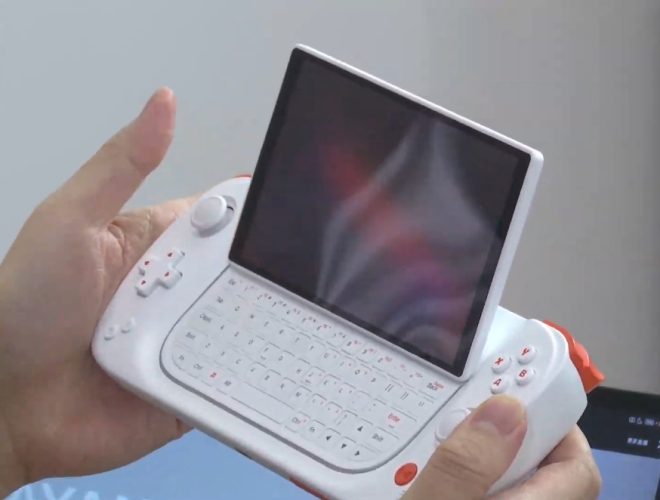 It’s probably too soon to say much about the keyboard, since AYA is only showing off a non-working prototype, but it appears that the goal is to have physical keys rather than capacitive touch keys. But in order to keep the screen from scraping the keys, they’ll necessarily have pretty shallow travel.

AYA still hasn’t shared pricing or availability details yet, but the last we’d heard, the company was hoping to launch the AYA Neo Slide by the fourth quarter of 2022. It may have some competition soon though: Rival handheld gaming PC maker GPD is working on the GPD Win 4, which is also expected to have an AMD Ryzen 7 6800U processor and a 6 inch display that slides upward to reveal a physical keyboard.