The AYA Neo handheld gaming PC has been under development since last spring, and recently the makers of the little computer shipped the first 500 Founder Edition devices to customers in China.

With factories in that country shutting down for Chinese New Year though, the folks at AYA say the next 900 pre-orders won’t go out until after the holiday ends on February 26th. The team has also decided to delay its international crowdfunding campaign until after Chinese New Year, which means it won’t launch until late February or early March at the soonest.

But AYA says deliveries won’t be affected – backers of the upcoming Indiegogo campaign should still begin receiving their AYA Neo devices as soon as April. 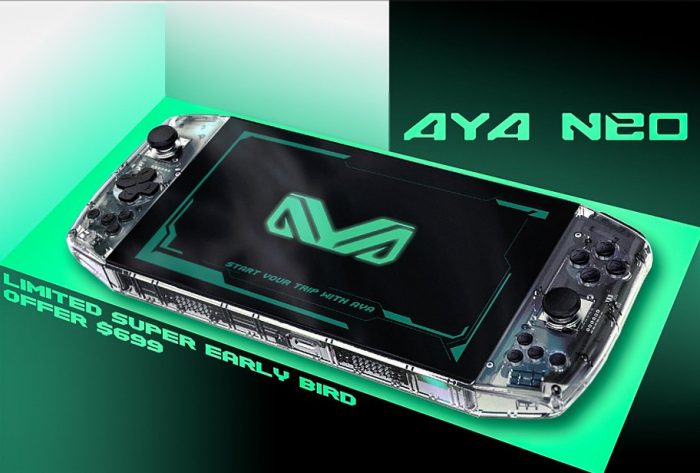 The AYA Neo is basically what you’d get if you took the guts of a pretty decent 2020-era laptop, stuffed then into a 7 inch tablet, and slapped game controllers on the sides.

In other words, it looks a bit like a Nintendo Switch, but the game controllers aren’t detachable, and under the hood is the beating heart of a full-fledged Windows computer including an AMD Ryzen 5 4500U “Renoir” processor with Radeon Vega 6 graphics, 16GB of RAM, and a 512GB PCIe NVMe solid state drive.

Here’s an overview of the AYA Neo’s specs:

Update: For a sense of how the AYA Neo handles some recent AAA games, check out this video from YouTuber Taki Udon: