The AYA Neo handheld gaming computer is now available for pre-order in China for about $600, and the developers of the little gaming PC say it may eventually be available in other parts of the world through an Indiegogo crowdfunding campaign. 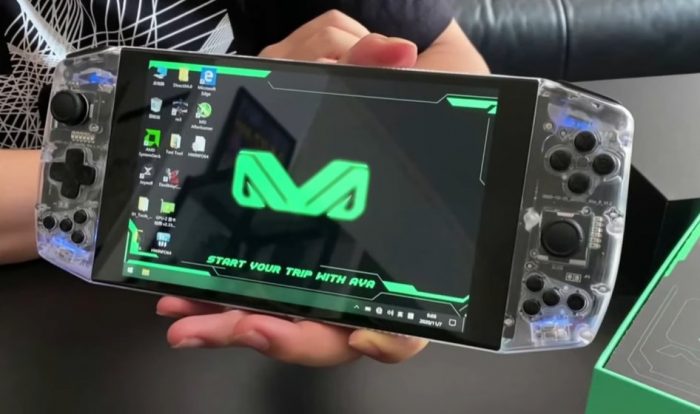 International customers may end up paying more though – the company behind the Aya Neo say that the little gaming computer ended up costing more to produce than anticipated. So while the plan is to stick to the originally promised pricing for the “AYA Neo Founder” edition that’s up for pre-order now, the price will likely go up in the future in order to help recoup costs.

While there are a growing number of handheld gaming computers on the market, there’s nothing quite like the AYA Neo available right now.

With a 7 inch display surrounded by game controllers on the left and right, the AYA Neo looks more like a Nintendo Switch than a typical gaming PC. But under the hood it’s very much a PC, thank to an AMD Ryzen 5 4500U processor with Radeon 6 graphics, 16GB of LPDDR4x-4266 memory, and a 512GB PCIe NVMe SSD.

The system runs Windows 10 and in a launch announcement, Aya founder “Uncle A” showed the little computer running the remake of Resident Evil 3 released earlier this year running at about 60 frames per second. 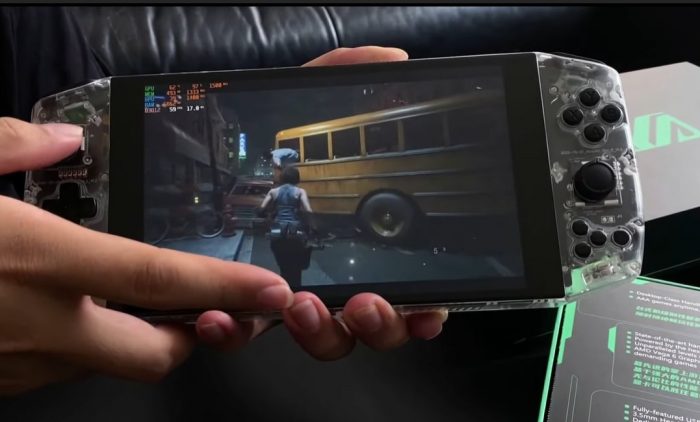 The AYA Neo has all the game controller functions you’d expect from a gaming PC.  Its controllers are modeled after Xbox controllers and feature a D-Pad, A, B, X, and Y buttons, four shoulder buttons, and analog sticks that also work as L3/R3 buttons when pressed down. And inside each game controller there are vibration motors.

But since there’s no keyboard, there are also four extra keys on the bottom of the left and right controllers:

Those extra keys on the right could be particularly helpful if you need to exit an app or open the task manager without connecting a keyboard, since there are still some Windows 10 features that are hard to access without a physical keyboard. 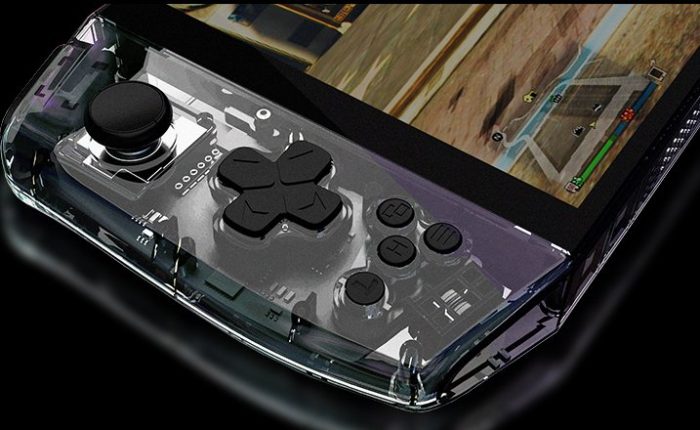 You can also connect a wired or wireless mouse and keyboard if you do want to use the AYA Neo as a more traditional PC.

Buttons that you’re not likely to need very often are also flush with the case so that you’re less likely to hit them accidentally. That includes the RGB light key, the on-screen keyboard key, and the power button, which is on top of the device, next to volume up and down buttons.

On the bottom of the system, there are stereo speakers and a USB Type-C port. The are two more USB-C ports, a 3.5mm audio jack and vents on the top. 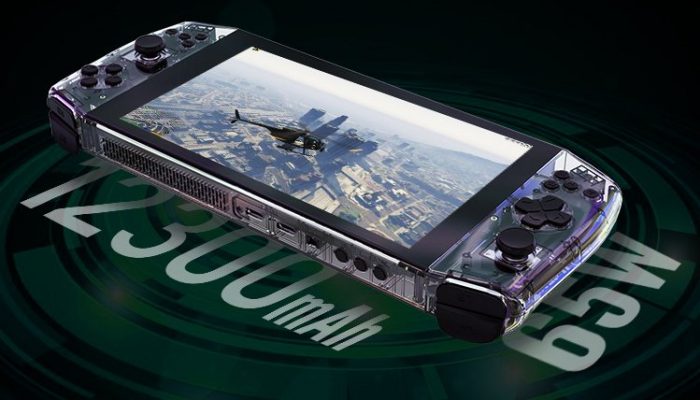 Here’s an overview of the specs for the AYA Neo Founder Edition:

You can watch the AYA Neo Founder Edition launch video below. It’s in Chinese, but there are subtitles: