Now it looks like there’s at least one more model on the way. Meet the AYA Neo Flip. 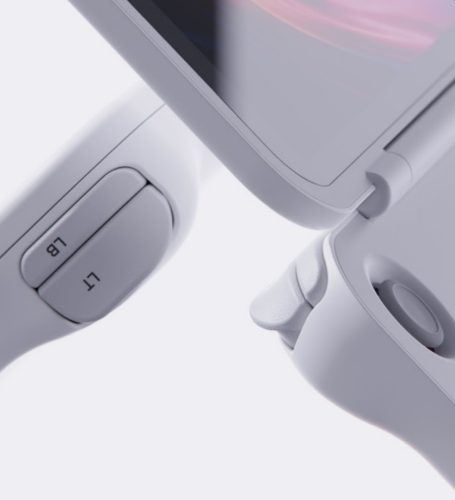 The company hasn’t revealed many details about the Flip yet, but we know it’ll be a handheld gaming PC with a 7 inch LCD display, an AMD Ryzen 7 6800U processor with Radeon 680M graphics, and a clamshell-style design.

That means that it will look more like a Nintendo DS or a GameBoy Advance SP than a Nintendo Switch. Instead of a screen in the middle with game controllers on the left and right sides, you’ll have a screen that flips up so that it’s positioned above the controllers or folds down over the controllers for easy storage.

As a result, the analog sticks (and possibly other buttons) appear to be recessed so that they don’t bump against the screen when the lid is closed. But all we have to go by is one rendered image released by AYA. It’s possible that the design could change before the AYA Neo Flip is released.

That image also shows four shoulder buttons and a reasonably small bezel around the display. So while the AYA Neo Flip will have a larger screen than some of the company’s other upcoming handhelds, it will likely be a reasonably compact device.

It’s not the only AYA handheld with an expandable display on the horizon though. The company’s upcoming AYA Neo Slide has a screen that slides upward to reveal a keyboard. In other words, if the AYA Neo Flip is like a Nintendo DS, then the AYA Neo Slide is more like a Sidekick, Sony Vaio UX, or GPD Win 3.

Additional specs, pricing, and availability details will likely be announced closer to launch.

via Retrododo and AYANEO discord server