The AYA Neo Air Plus is a handheld gaming PC designed to be a budget alternative to higher-priced models like the AYA Neo 2, AYA Neo Geek, GPD Win 4, and ONEXPLAYER 2. But that doesn’t mean that some models won’t pack a lot of horsepower.

When AYA first announced plans for the Air Plus series last year, the company said there would be models available with AMD Mendocino and 12th-gen Intel Core i3 chips with prices starting at under $300. But now the company says there will also be a model with an AMD Ryzen 7 6800U processor, offering the same level of performance as pricier models in a more compact and affordable package… although pricing for this new model hasn’t been revealed yet. 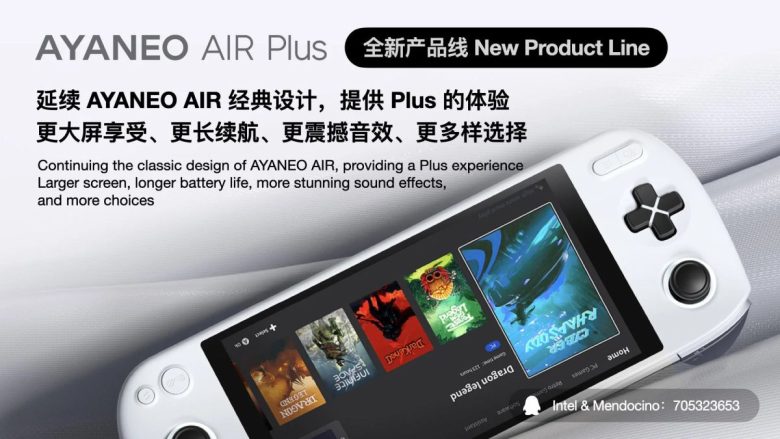 What we do know is that the Mendocino and Intel models are still in the works. It looks like AYA may have scrapped plans for a model with an Intel Pentium 8505 processor, so the only Intel model will likely have a Core i3-1215U chip, although it’s unclear if details for all variants have been revealed yet.

And now that AMD’s Mendocino lineup is official, we finally know which chip AYA plans to use in that model – the Ryzen 5 7520U processor.

By combining up to four Zen 2 CPU cores with two RDNA 2 graphics, Mendocino processors are able to bring decent all-around performance to low-cost mobile computers. In my testing, the CPU performance is on par with what you’d expect from a mid-range laptop from a few years ago, while the graphics performance is… underwhelming. It should be fine for some retro games or less demanding titles, but you might want something more powerful for playing current AAA games.

And that’s where the Ryzen 7 6800U model could come into play. The chip is about a year old at this point, but it’s a pretty powerful mobile processor with 8 Zen 3+ CPU cores and 12 RDNA 2 graphics cores, giving it more performance than you’d get from the custom AMD chip that powers Valve’s Steam Deck. 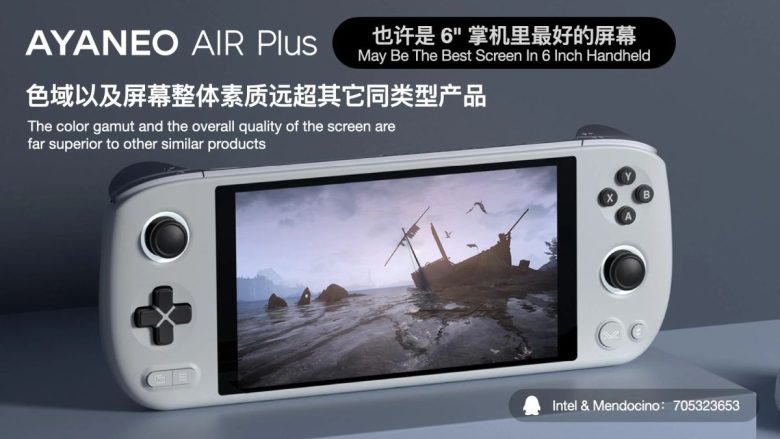 AYA says this newly announced version of the AYA Neo Air Plus will have a slightly larger 6 inch FHD display, a USB4 port, microSD card reader, and 46.2 Wh battery. And the Ryzen 7 6800U processor will be able to use up to 28 watts when you want to prioritize performance over battery life.

AYA is also promising hall sensors for the joysticks and shoulder trigger buttons, RGB lights beneath the joysticks, and a fingerprint sensor for biometric security. 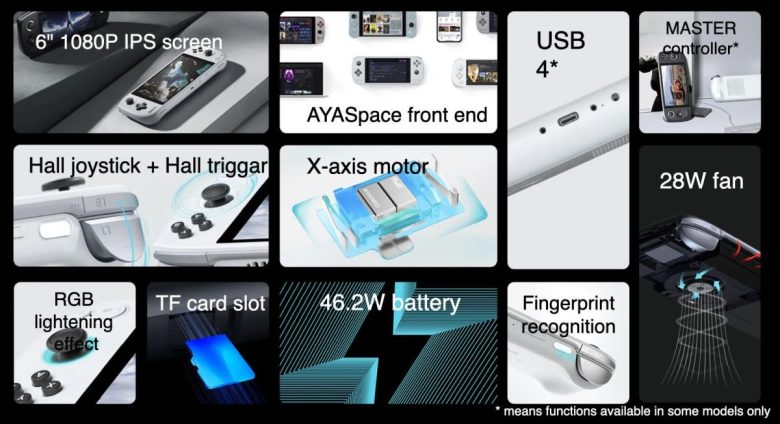 For now, here are some of the specs that have been confirmed for each member of the family: