5/29/2022 Update: The AYA Neo Air will be available globally starting in early August with price starting at $549 (or $499 for early backers). Check out our article on the global AYA Neo launch for more details. The original article continues below. 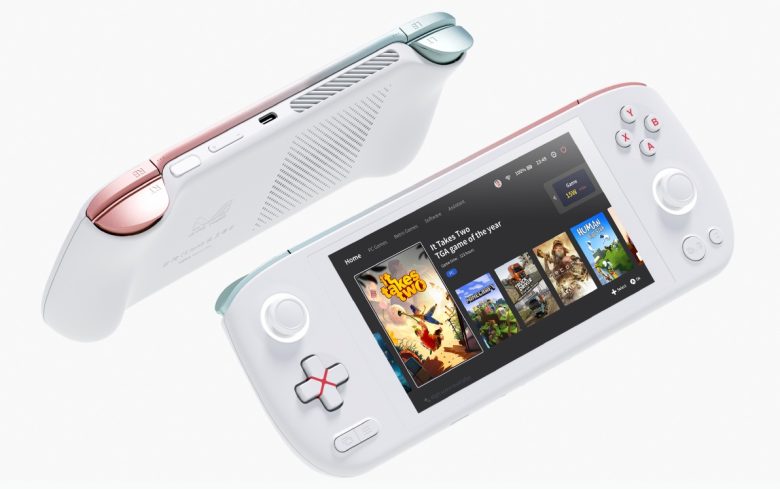 Folks in China can pre-order during a special “surprise” pre-order event that runs through May 18th, but AYA hasn’t announced when the Neo Air will actually begin shipping to customers yet.

Despite the fact that the company is already taking pre-orders, AYA still hasn’t revealed detailed specs for the handheld yet. But we know that it has an M.2 2230 PCIe NVMe SSD plus a microSD card slot for removable storage, RGB lighting effects beneath the analog sticks, a USB-C port and headphone jack, and a display with support for 109% NTSC color gamut.

Rumor has it that the processor will be an AMD Ryzen 5 5560U chip, which is a 6-core, 12-thread processor with AMD Zen CPU cores with 2.3 GHz base and 4 GHz boost frequencies. The processor features a 1.6 GHz AMD Radeon Vega 7 integrated GPU. And the chip has a default TDP of 15 watts, but it can be configured to run as low as 10 watts or as high as 25 watts.

AYA also plans to launch a bigger, higher-power handheld called the AYA Neo 2 later this year. That model will have an AMD Ryzen 7 6800U processor with RDNA graphics. And the company has begun to tease its first device with a keyboard, the upcoming AYA Neo Slide which also has a Ryzen 7 6800U processor, but which has a display that slides upward to reveal a backlit QWERTY keyboard.

via iGeekPhone and NotebookCheck