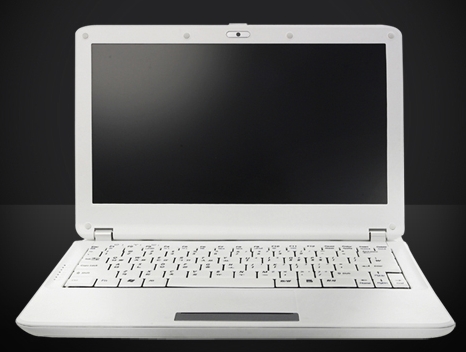 Korean PC maker Averatec has launched a new thin and light notebook called the Lookie. It measures just under an inch thick and weighs about 3.1 pounds, which makes it about par for the course for laptops with 11.6 inch screens and CULV processors. Oh yeah, I’m pretty sure it has an 11.6 inch screen and a CULV processor.

I don’t read Korean, and most of the text on the web site is annoyingly embedded in images, which means that Google Translate is all but useless. But it looks like the Lookie will ship with Windows 7 Home Premium, an HD display, and a 1.2GHz Intel Celeron SU2300 CULV processor. It’s not clear whether other CPU options will be available.

The notebook supports Bluetooth 2.1 connectivity and will be available with either a 40Whr or a 66Whr battery. It looks like there may be four different versions of the Averatec Lookie, which is why I think you may be able to get a model with a faster processor. AVING says it’s available with a Core 2 Duo CPU.

No word on whether this model will be available outside of Korea, but Averatec has made some of its other laptops, all-in-one desktops, and other PCs available around the globe.

One reply on “Averatec launches Lookie thin and light laptop”