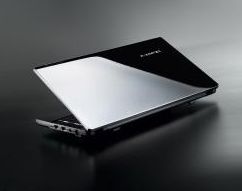 The folks at Averatec are working on a new netbook that could be out in August or September. CNet interviewed the company’s CEO and discovered that the mini-laptop will sport a “surprise” operating system that will combine “cell phone and PC technology.” Right now, the most likely candidate is Google Android, an operating system that was designed for mobile phones, but which is starting to show up in netbooks.

But Android isn’t the only option. The Symbian mobile phone operating system has also recently been ported to run on Intel Atom processors, and while it’s still pretty rough around the edges, Averatec doeesn’t plan to release its new mystery device for another few months.