Software company Piriform may not be a household name, but the company has been offering a handful of popular, powerful, and free apps for Windows computers for years. Piriform is the developer behind the popular CCleaner application for clearing up disk space, Defraggler disk defragmenter, and several other useful tools.

And now all of those tools are going to be part of the Avast software family. Avast, a company probably best known for its free antivirus solutions, has acquired Pirifom. 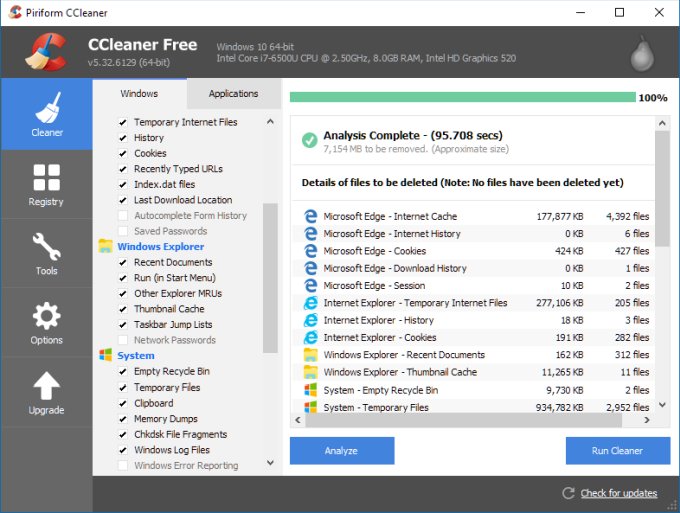 Avast says it’ll continue to offer products under the CCleaner name, as well as related tools sold under the Avast name, including Avast Cleanup and AVG Tune Up (Avast bought rival antivirus software maker AVG last year). But with Piriform’s developers joining Avast, I wouldn’t be surprised if the company eventually merged the two suites of applications.

While CCleaner and Defraggler are probably the best known tools from Piriform, I’m also a fan of the company’s other freeware applications for Windows PCs: Recuva can help you recover deleted files from a hard drive, SSD, or flash drive, and Speccy is a handy utility for viewing a computer’s specs and related stats (such as the CPU temperature).

Neither of those are tools you’re likely to use on a daily basis. But it’s great to have reliable (and free) options when you need them.

Piriform also has a range of business solutions and a mobile version of CCleaner. It’s unclear what the future holds for those products. But buy acquiring Piriform, Avast gets some new potential revenue streams as well as Piriform’s existing user base and brand recognition. So there’s at least some incentive for the company to keep supporting all of Piriform’s most popular offerings.