Can’t wait to get your hands on a mobile tablet running Ubuntu, and don’t feel like making an Ubuntu tablet yourself by replacing the Android operating system on a Nexus 7 or similar device? No problem. You can already pre-order an Ubuntu tablet from Intermatrix.

The only catches? The tabletswill ship from Australia, they won’t ship until October at the earliest, and as far as I can tell the tablets only really exist on paper at the moment, because Ubuntu for tablets is still very much a work in progress. 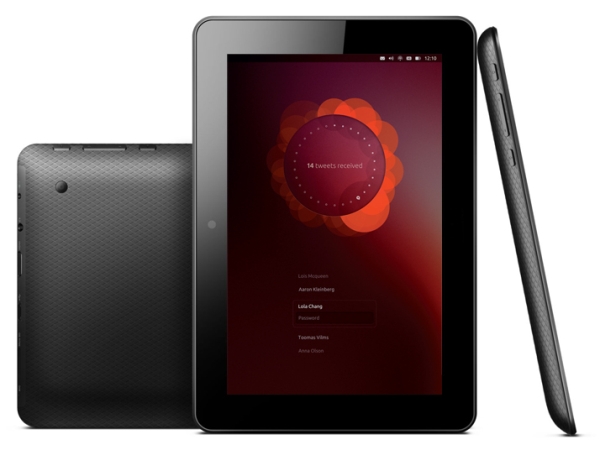 In other words, I wouldn’t pull out my wallet just yet — but if you do, you can pre-order an Intermatrix U7 tablet for about $269 Australian, which is roughly $275 US.

Also — you might be able to pick up the same tablet for as little as $150 and install Ubuntu yourself. Lee noticed a striking resemblance between the Intermatrix U7 and the Ainol Novo 7 Venus tablet.

Intermatrix also plans to offer a 10 inch model called the Intermatrix U10, but it’s not yet available for order.

The U7 features a 7 inch, 1280 x 800 pixel IPS capacitive touchscreen display, a 1.5 GHz ARM Cortex-A9 quad-core processor and Vivante GC1000+ quad-core graphics. Based on that description, it sounds like the tablet will probably have a Freescale i.MX6 quad processor.

It’s also expected to feature 1GB of RAM, 16GB of storage, a microSD card slot, a front-facing 03.MP camera, and a rear 2MP camera. It supports HDMI output, has a headset jack, and 802.11n WiFi plus a 4000mAh battery.

Ubuntu’s touch-friendly operating system is currently in development, and you can download nightly builds to test on a number of Android devices. At this point, the operating system is basically a custom user interface designed to run on top of an Android kernel. There aren’t many apps available for the platform yet, and even some of the built-in “apps” in the developer preview don’t do anything but show screenshots of what the software may one day look like.

But the developers at Canonical hope to have a more fully functional version of the operating system ready to go by the time Ubuntu 13.10 is released in October… which also happens to be when Intermatrix plans to start shipping its tablets.