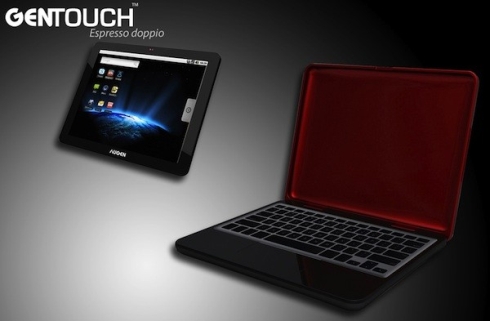 The Augen GenTouch78 may have received pretty lousy reviews, and Augen may have been forced by Google to remove access to the Android Market (it never really worked anyway). But that’s not stopping the company from moving full steam ahead into the great Android tablet beyond.

Augen has announced plans to introduce 6 new tablets, ranging from a $199.99 model which looks like a modest update to the GenTouch78 to the kind of awesome sounding $599.99 model which will feature almost every state of the art component you could hope for — plus a keyboard docking station.

Engadget has the full breakdown on the details, but here’s the short version:

The Espresso Doppio also has a 160GB hard drive and a 3MP front-facing camera.

All six tablets are due out by year’s end. Keep in mind, Augen’s press release also suggests that the company was “the first manufacturer to introduce Android platform tablets,” which couldn’t be much further from the truth… unless Augen meant to say the first manufacturer to introduce Android tablets at KMART. So I wouldn’t bother getting my hopes up about any of these new devices. On paper though, they all look awfully interesting.