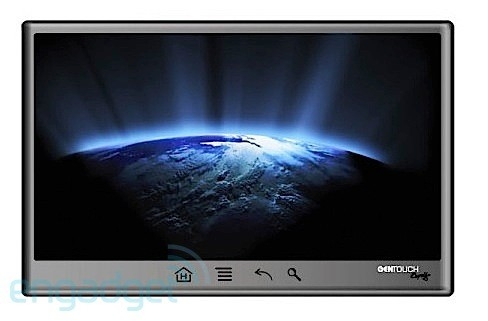 Disappointed that the $150 Kmart tablet turned out to be just barely usable? Don’t worry, the folks behind the Augen GenTouch78 are working on a next-gen model that should address at least some users’ complaints.

The company says it’s working on a new Augen GenTouch Espresso line of tablets which will feature 7 to 10 inch capacitive multitouch displays. The new tablets should be ready for introduction at CES in January.

The GenTouch78 is a 7 inch tablet with a resistive touchscreen display. You have to press the screen pretty hard to get it to notice you, and out of the box the screen isn’t very accurate either. Fortunately Augen issued a software update that lets you calibrate the display. But a capacitive multitouch model sounds like a much nicer option.

Unfortunately there’s no information about the processor, price, or availability of third party apps for the new GenTouch Espresso line of tablets. But the reason Augen created so much buzz in the first place was because the company actually managed to get a low cost Android tablet into a major US retail store at a time when few alternatives were available. I’m not all that confident that Augen’s new devices will be all that exciting in January, with Samsung, Toshiba, and other big companies expected to start launching their own tablets as soon as this week.

Update: Engadget snagged a few pictures and some pricing information. Apparently the new models ill range from $200 to $400, and unlike the current Augen GenTouch78, they’ll have accelerometers. It looks like the buttons will also be on the front of the tablet this time around.