The 1980s were the era when music went portable, largely thanks to the rise of the Sony Walkman and cassette tapes. But Audio Technica’s Sound Burger put a different spin on portable music. Released in 1980, this portable turntable was a record player you could pick up and carry with you.

It never took off the way that Sony’s Walkman did, since it wasn’t nearly as versatile. But it’s become a cult classic. Now, to celebrate the company’s 60th anniversary, Audio Technica is bringing back the Sound Burger… and giving it a bit of a modern update. 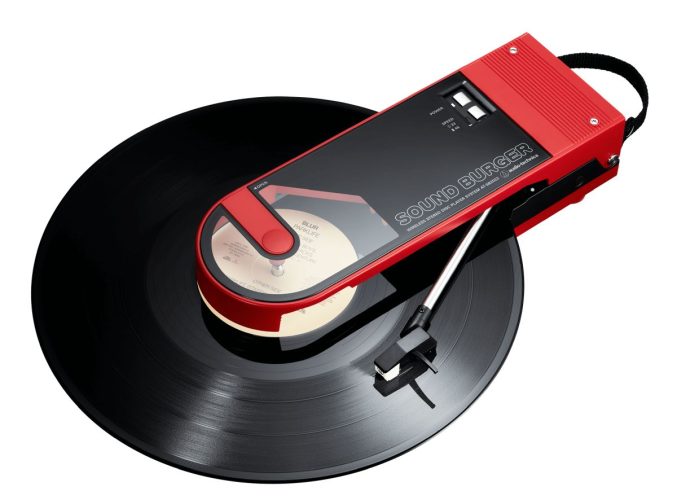 The new Audio Technica AT-SB2022 Sound Burger looks nearly identical to the AT727 model from 1980 in most respects. It’s a small battery-powered gadget that allows you to insert a vinyl record. There’s an arm that extends outward to drop a needle on your record, and support for 33 RPM and 45 RPM speeds.

What’s new is that the updated model has a rechargeable battery that provides up to 12 hours of play time, a USB Type-C port for charging, and support for Bluetooth 5.2, which allows you to connect a wireless speaker.

Audio Technica has also updated the motor for the new Sound Burger, which should provide more reliable playback without the need for fine tuning. And the new model uses an Audio Technica ATN3600L stylus, which means that if it wears out it should be relatively easy to find a replacement (they typically sell for under $25). 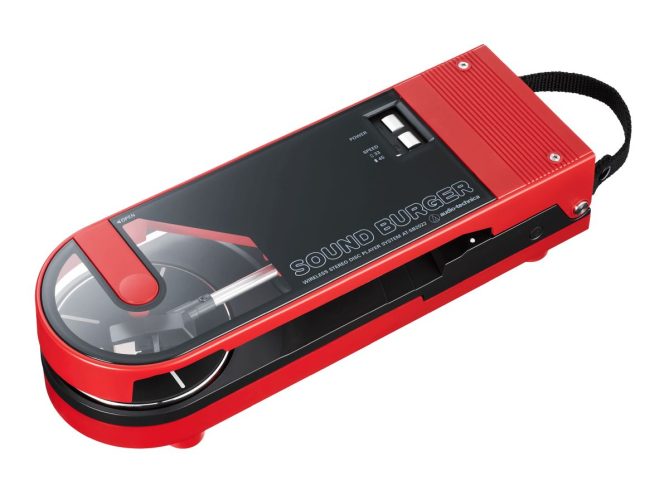 That said, the Sound Burger is very much a niche device. While vinyl has been growing in popularity over the past few years, I can’t help but wonder if folks who are interested in the analog properties of vinyl really want to turn their music into ones and zeros and beam it to a speaker over Bluetooth.

I also doubt that there’s a huge market for folks looking for a portable record player. It’s not like you can use it to listen while you walk or ride the bus – this is meant to be carried from place to place, but then set down on a flat, stable surface for actual use. Anything else would likely result to skips and scratches at best, and damage to your records, at worst. The Sound Burger also leaves your records exposed to the air, which could make you think twice before using it outdoors.

So it’s unsurprising that the AT-SB2022 is being positioned as a limited edition device. Audio Technica only plans to make and sell 7,000 units.

The new Sound Burger is available for pre-order from Audio Technica for $199 and it’s expected to begin shipping later this month.