Smartphone makers have reportedly been developing phones with foldable displays for the past few years, although none has made it to market yet. Eventually we could see phones that offer their own screen protecting case — just fold the phone in half when it’s not in use. Or we could see phones with small-ish displays that transition to tablet-sized screens when unfolded.

One challenge is developing a screen that can fold and unfold seamlessly. Another is to design everything else that goes into a folding phone.

As far as the screen part though, AU Optronics is showing off a 5 inch folding AMOLED display which the company says could be ready for mass production in about two years. 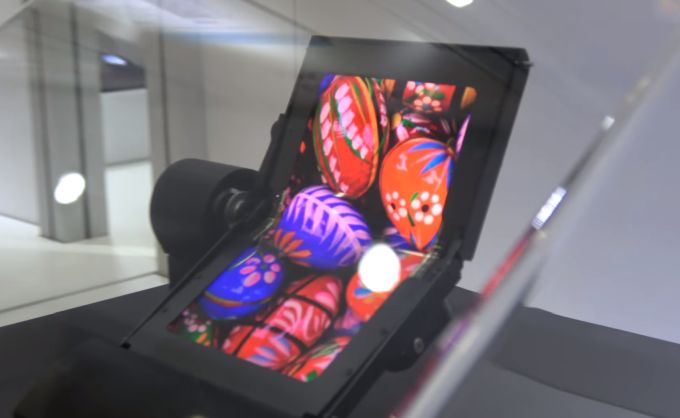 Charbax from ARM Devices spotted the folding display recently and got some details about the screen.

With a resolution of 1280 x 720 pixels, the 5 inch foldable display has 295 pixels per inch. It has a plastic cover instead of glass, which not only makes the screen flexible, but also less likely to crack. And AU Optronics says it can be folded and unfolded up to a million times. 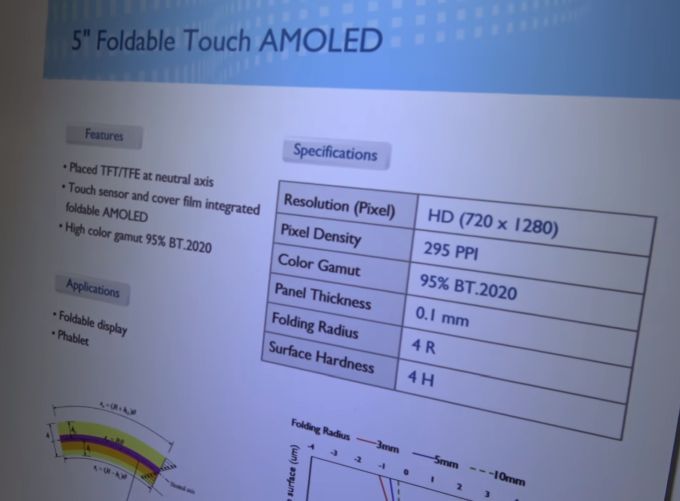