AT&T has already promised it would begin selling the Asus Padfone X this year, but we haven’t heard much out of the company since that early January announcement.

Now AT&T has revealed more details about the upcoming 2-in-1 phone/tablet hybrid. There’s still no word on a launch date, but with the Padfone X passing through the FCC this week we may not have to wait much longer. 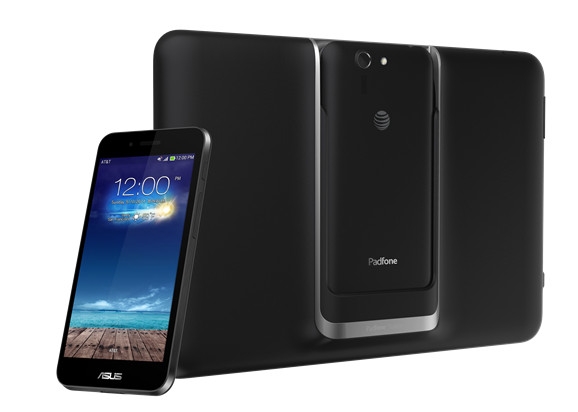 The Asus Padfone line of devices feature smartphones that are designed to pair with tablet station docks. The memory, processor, storage, and wireless radios are all in the phone. But when you slide the phone into its tablet dock you get a bigger screen and a bigger battery.

That provides longer run time, a tablet-sized display for watching videos, surfing the web, or playing games, and the ability to use a single data plan for both devices… because they’re kind of just one device, after all.

We already knew the phone would feature a 5 inch display and a Qualcomm Snapdragon 800 processor while the tablet would have a 9 inch display. Now we have more detailed specs: