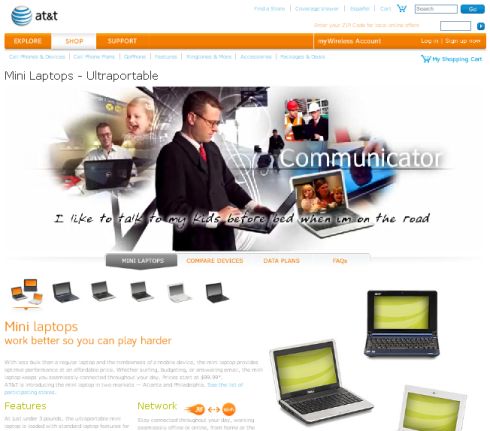 As expected, AT&T has begun offering subsidized netbooks for customers who sign up for a 2 year service plan. If you’re cool with signing a contract that says you have to pay $40 to $60 a month for the next 24 months, you can get a netbook or mini-laptop from AT&T for $99.99 to $349.99 after rebate.

AT&T is offering the following deals:

If you’re in Philadelphia or Atlanta, you might be able to find an even cheaper deal, as AT&T has announced plans to roll out $50 netbooks at some retail stores in those cities.