AT&T is the exclusive US wireless carrier to offer the Amazon Fire Phone. Analysts suggest that the phone’s been a flop, and the fact that Amazon slashed the phone’s price by $200 just a month after launch is pretty good support for that argument.

But Amazon’s other hardware including eReaders and tablets continue to be popular.

So maybe we shouldn’t be surprised at AT&T’s announcement that customers who buy a Fire Phone can also get a Kindle Fire HDX 7 for just $50. 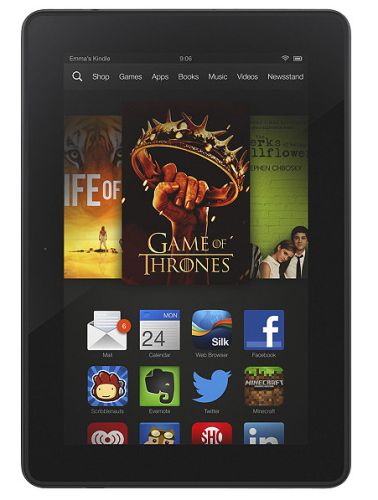 Here’s the deal. For a limited time starting October 24th, AT&T will offer the Kindle Fire HDX 7 tablet with 32GB of storage and 4G LTE in stores and online.

There are a few ways to get the tablet. You can buy one for $50 when you buy a Fire Phone at the same time. Or you can pay $100 for a tablet when you sign up for a 2-year data contract. You can also snag one for no money down if you agree to pay $10 per month on top of a service contract.

Or you could just buy a Kindle Fire HDX 7 from Amazon for $179 and up. Amazon offers models with up to 64GB of storage, and optional AT&T or Verizon 4G LTE.

The Kindle Fire HDX 7 features a 7 inch, 1920 x 1200 pixel display, a Qualcomm Snapdragon 800 processor, 2GB of RAM, and Amazon’s custom version of Android, called Fire OS. Amazon didn’t update the tablet when it refreshed its 8.9 inch tablet and introduced cheaper models earlier this year… but last year’s mode is still a pretty powerful device for the price… although I think a $179 WiFi-only model is probably a better deal for most customers than a $50 model with AT&T 4G plus monthly data fees.

Update: Here’s another sign the Fire Phone isn’t selling well: Amazon still has $83 million worth on hand, and took a $170 million write down for unsold inventory and related Costa.