The Pebble smartwatch is a wristwatch that you can pair with your phone to view messages at a glance, control music playback, see weather or calendar alerts, and more. But without a smartphone it’s basically just an expensive watch.

So it makes sense that one of the companies planning to sell the Pebble is wireless carrier AT&T.

Starting September 27th, you’ll be able to pick up the watch from AT&T for $150. You don’t need to buy a phone from AT&T or any other wireless carrier to get the phone, but it probably wouldn’t hurt. 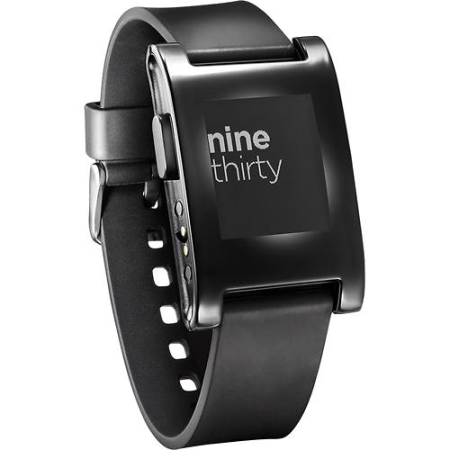 At $150, the Pebble isn’t exactly a cheap piece of wrist decoration. But it’s half the price of a Samsung Galaxy Gear.

The smartwatch has a 144 x 168 pixel ePaper display which is easy to read in direct sunlight, something that helps set it apart from most smartphone (and many smartwatch) screens). The screen also doesn’t draw a lot of power, and Pebble says you should be able to get around 7 days of battery life.

It connects to your phone via Bluetooth, features 4 buttons for controls, has a motor that lets the watch vibrate to give you alerts, and a 3 axis accelerometer for detecting gestures. The watch works with Android phones or iPhones, and supports downloadable watch faces and additional apps.

AT&T says it’s the exclusive wireless carrier to offer Pebble. But you can also pick one up from Best Buy for the same $150 price.