AsteroidOS is an open source, Linux-based operating system designed to run as a replacement for the OS on some Android Wear smartwatches. Developer Florent Revest says it offers users more control over privacy and allows them to run free and open source software.

The software may have another function: breathing new life into older hardware. Some first-generation Android Wear smartwatches have already been largely abandoned by their makers, with no planned updates to newer versions of Google’s Android Wear operating system. AsteroidOS could give users a different way to keep their wearables up to date… if you consider running a simple smartwatch OS that doesn’t support Android Wear apps to be “up to date.”

We first learned about the project in January. 11 months later, Revest has announced that the first alpha build of AsteroidOS is available for download.

AsteroidOS is currently available for the LG G Watch, LG G Watch Urbane, Asus Zenwatch 2, and Sony Smartwatch 3… but Bluetooth isn’t working yet on any device other than the original LG G Watch.

In other words, this is very clearly alpha software, and you might not want to install it if you actually care about things like keeping your watch synced with your phone.

Still, the OS has come a long way since the start of the year, and as the demo video shows, the operating system has an attractive, easy to use touch-based navigation system. 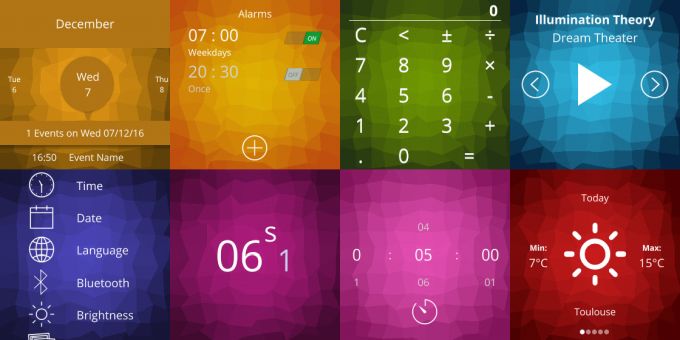 It also currently features most of the basic features you’d expect from a watch, including a calendar/agenda app, alarm clock, calculator, stopwatch, timer, weather, and the ability to control music playback on a paired smartphone.