Atari plans to re-enter the game console market next year with a new box aimed at nostalgic gamers… but with modern features and software.

It’s called the Ataribox, and we already knew what it will look like. Now Atari is starting to talk about what’s under the hood: a custom AMD processor with Radeon graphics, Linux-based software, and PC-like hardware.

The Ataribox is expected to ship in late spring, 2018 and it should sell for under $300. 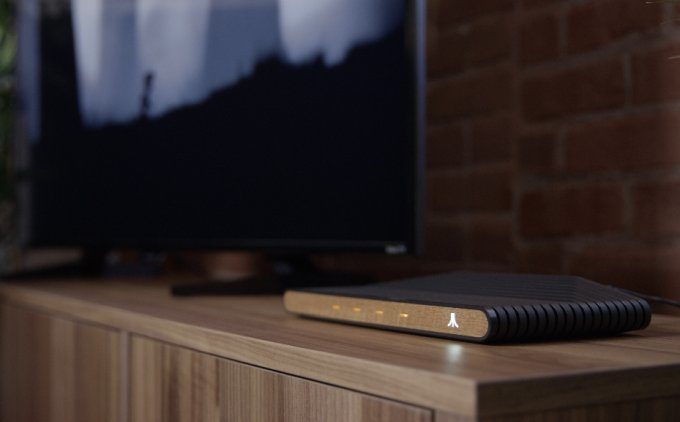 Atari says there will be multiple “edition and memory configurations,” so the end prices will probably range from around $249 to $299.

So what are you supposed to do with the Ataribox? It’ll come with “tons of classic Atari retro games pre-loaded” as well as “current titles from a range of studios.” In some ways that makes the Ataribox similar to Nintendo’s NES Classic and SNES Classic retro consoles.

But since the Ataribox is basically a PC, it can do a lot more than one of Nintendo’s low-cost mini-consoles. Atari says you can play games purchased from other platforms, as long as they’re compatible with the hardware and software… suggesting that there’s a chance you might be able to treat the Ataribox as a sort of low-cost Steam Machine for Linux gaming.

Update: Make that light-weight Linux gaming. In an interview with VentureBeat, the founder of the Ataribox says it’ll be able to run games that work with a “mid-range PC,” but won’t support “Triple-A games that require high-end PC performance.”

It’s also said to support streaming, music, social media, and other applications with a user interface optimized for TVs… although Atari says users will be able to customize the operating system.

As an occasional gamer at best, I’ve been intrigued by the idea of Nintendo’s retro consoles. But Atari’s actually seems like something I’m more likely to use if it’s a single box that could replace both my Amazon Fire TV Stick and home theater PC.

On the other hand, if it’s basically a Linux PC in a stylish case, I have to wonder how well it’ll sell. Part of the appeal of the NES Classic is its simplicity (and its affordable price). The Ataribox, meanwhile, seems like it’s priced to compete with full-fledged game consoles while shipping with an operating system that may be appealing to power users, but which could be confusing for everyone else.

Oh, and while Nintendo just announced its retro consoles and then sold them, Atari’s going a different route: expect a crowdfunding campaign later this year.