The Atari VCS is a modern game console with a retro-inspired look, a Linux-based operating system, and the guts of an inexpensive computer. Designed for playing classic games as well as some newer titles, you can also use it like a cheap Linux desktop PC. 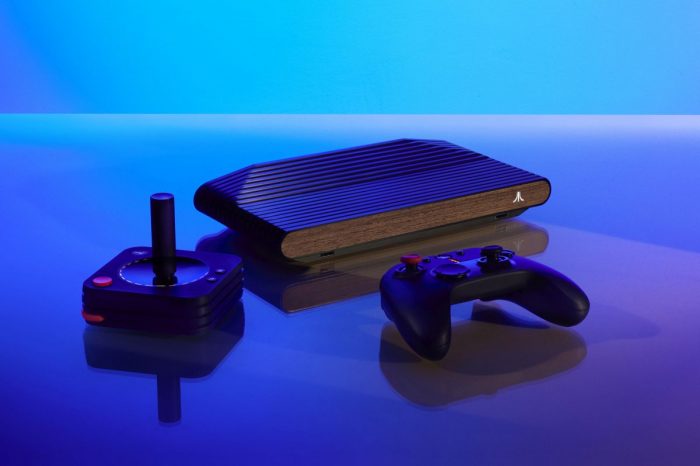 First launched through a crowdfunding campaign in 2018, the Atari VCS finally began shipping to backers late last year. Later this month it’ll be available for purchase directly from stores.

Update: As promised, the Atari VCS is now available from:

The base price covers a VCS Onyx Base system with black chassis. If you want a set of controllers, you can pick up a Classic Joystick or a Modern Controller for $60 each or pay $400 for a bundle that includes the console plus one of each.

With an AMD Ryzen Embedded R1606G processor, Radeon Vega 3 graphics, 8GB of RAM and 32GB of eMMC storage, the VCS isn’t exactly a powerful device. But it should be able to handle 4K video streaming and the classic 1980s-era games you’d expect to play on a retro console with the Atari name as well as at least some more recent games.

It also has an M.2 slot for an optional SATA SSD and can use one or more of its four USB 3.1 ports for external storage as well as for controllers or other peripherals including keyboards, mice, or headsets.

The VCS also has an HDMI 2.0 port for video output, and a Gigabit Ethernet port, which is a nice feature to have since the device’s wireless capabilities are pretty underwhelming: the spec sheet on the Atari VCS website says it tops out at 802.11b/g/n WiFi and Bluetooth 4.0, although the press release announcing retail availability mentions Bluetooth 5.0 support, so it’s possible that the wireless card has been upgraded.

Early reviews of the Atari VCS were not great. But if you’ve been wanting to get your hands on one and didn’t want to deal with a crowdfunding campaign, the wait is almost over.