It’s been a long and (very) bumpy road, but the developers of the Atari VCS retro-inspired game console have finally announced a ship date.

The Atari VCS All-in bundle is up for pre-order from Atari, Walmart, and Gamestop, and it’s expected to begin shipping to customers by December 24, 2020.

Customers who pre-order by July 31st will get free shipping and a $10 discount which brings the price to $390… which is still a lot of money to pay for a retro console. But if the Atari VCS delivers on its promise, it’ll be a full-fledged, Linux-based game console (and computer). That’s a reasonably big if though. 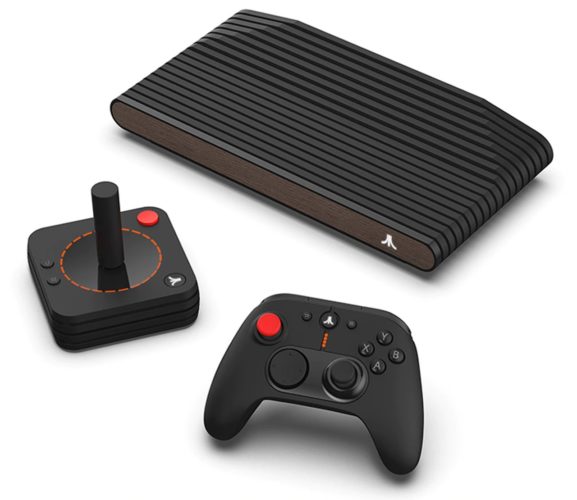 Over the past few years Nintendo, Sega, Sony, and other makers of classic game consoles have been cashing in on gamer nostalgia by releasing small replicas of NES, Genesis, Playstation, and other systems. They tend to come with a selection of games pre-loaded and they’re not designed to run any games they don’t come with… but they also tend to sell for around $50 to $100.

The Atari VCS is a different take on a nostalgic game system. Its makers are tapping into the historic Atari name and design language to make a modern game system that looks like something from the 1980s, complete with a wood-and-plastic design.

But this system is basically a Linux-based computer crammed into a small box. Here’s an overview of the specs:

The system runs an Ubuntu Linux-based operating system called Atari World that’s designed to showcase games. But there’s also a “PC Mode” option that lets you boot an alternate operating system from a USB flash drive and even install another OS if you want to use the system as a PC.

According to the Atari VCS website, the system supports Linux, Windows, Steam OS, and Chrome OS (although you’ll probably need either the open source Chromium OS or a third-party solution like Neverwear’s CloudReady if you want to use the VCS as a homemade Chromebox).

Out of the box, the Atari VCS will come with access to Atari Vault, featuring 100+ classic games. It’s also expected to support some newer games, sold separately, And you can also subscribe to a cloud game streaming service (but this is optional).

Given the controversy and delays involved in bringing the Atari VCS to market, I wouldn’t blame anyone for being skeptical about shelling out nearly $400 for a device that may ship in December and which will definitely run a unique operating system that’s been largely untested and unproven by the public.

But the ability to install third-party operating systems could help alleviate that a bit for folks who aren’t looking for a retro-inspired game system that’s more versatile than most. You know, assuming this thing actually ships at all.

Although the Ryzen R16106G is a low-power, dual-core processor designed for embedded applications it does feature Radeon Vega 3 graphics, which should make the Atari VCS a little better suited for gaming than, say the Chuwi LarkBox or other small computers with Intel Gemini Lake processors.

But at $400, I can’t help but wonder if most people wouldn’t be happier just buying a PlayStation or Xbox.