The Atari VCS is a modern take on a classic game console. With a design inspired by the 1980s-era Atari 2600, the new version is designed to play games designed for the original as well as newer titles. And it can do a lot more.

Under the hood, the Atari VCS is basically a Linux computer with a TV-friendly user interface and support for media streaming apps like YouTube and Plex as well as support for games.

It’s been in development in one form or another since 2017, and after a name change, some spec changes, and a bunch of delays and setbacks, the Atari VCS is finally shipping to backers of an Indiegogo crowdfunding campaign.

Early reviews suggest that while the hardware is pretty much what was expected, the software for this PC/console/nostalgia play could use some work. 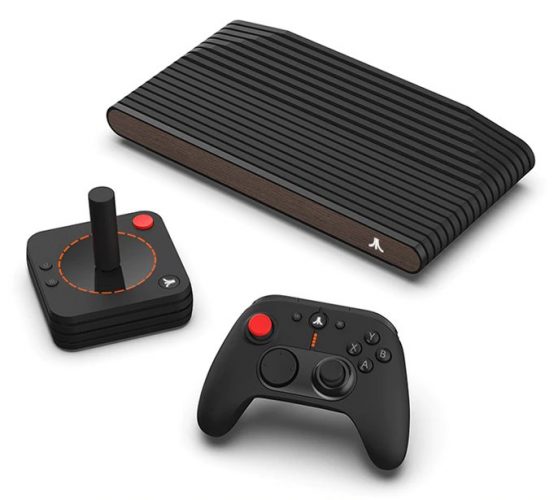 The makers of the Atari VCS seem to know that. The device ships with a disclaimer explaining that media streaming comes courtesy of a pre-loaded Chrome web browser… and there are a few limitations at the moment:

Another issue that’s acknowledged by the device maker? At launch some games register key presses differently depending on whether you’re using a wired or Bluetooth controller, which is… strange, to say the least.

The good news is that there’s already a day one software update that will be installed when users  first connect the Atari VCS to the internet, and new OS updates are expected to be released every 2-3 weeks “for the foreseeable future.”

Another bit of good news is that, as mentioned above, the Atari VCS is really a Linux PC with a custom user interface rather than a single-purpose device like other recent retro consoles from companies like Nintendo, Sony, and Sega. So in addition to purchasing games from the Atari VCS store front, you can install an alternate operating system.

The system is designed with the following boot device priority:

So all you need to do to try an alternate operating system is prepare a bootable USB drive and connect it to the Atari VCS before hitting the power button. If you decide to install that operating system to internal storage, you can hold the Esc key at startup to access the UEFI menu and choose the SSD option from the Boot Manager options.

The Atari VCS should support Windows 10 (64-bit), or most GNU/Linux distributions compatible with recent AMD processors.

Here’s a run-down of key specs for the system:

If you didn’t get in on the crowdfunding campaign, you can still pre-order the Atari VCS. An entry-level model with 4GB of RAM is available for pre-order from Walmart for $250, while the Atari VCS Shop has an 8GB model priced at $390 (which is also available from GameStop for $400).

But before spending money on one, you might want to peruse the comments of the crowdfunding campaign and/or check out this video from TwinBlasters showing the day one out-of-box experience: